Beauty and the PTD 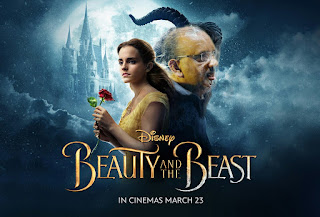 Malaysia had been consistent in their censorship policy on foreign film. Pirate videos do enter the market, but that is a law enforcement issue.

Sexual theme movie including gay theme movie like Brokeback Mountain banned in the past should remain censored and banned by Film Censorship Board (LPF).

The recent controversy with regard to the entry of Disney's Beauty and the Beast into Malaysia highlighted the "beastly" side of the higher hierarchy of civil servants called the Pegawai Tadbir Diplomatik (PTD).

Caught in a dilemma between continuing film censorship policy, and pressure from Disney's refusal to cut so-called gay scenes thus withdrawing the film distribution, the PTD mafia decide to blame it on MACC.

It is quite the typical behavior of these decision averse PTD to pass important decisions to others, usually politicians to avoid being caught in controversies.

So their usual trick is to drag their feet or work to rule.

However, this time around their ulterior reason is to protest against MACC corruption busting actions against one of their own.

It is heard MACC had investigated certain LPF members for accepting kickback from film distributors and producers.

When LPF members were initially asked for their decision, their response was simply, "Ask MACC!"

Apparently similar attitude is heard all throughout the various Ministries as their protest against MACC for arresting, questioning and charging public officials from lower level officers to KSU, GLCs officials all the way to CEOs, etc.

LPF is under the Ministry of Internal Security.

There is also feet dragging on issuance of licenses for public transportation in a particular East Malaysian state. It was intended to make the politician chairman face public pressure for local transportation problems.

It is as though they cannot make decisions fast for fear of MACC. Actually, only the corrupt would fear MACC.

In the Ministry of Information, Multimedia and Communication, a proposal was heard given the nod by Minister but had to undergo seven months of repeated meetings with civil servants.

Each meeting is attended by different set of officers and same answers had to be recycled by company officials. One can expect an agent to appear later asking for kickback to speed things.

Complain is heard of students on government scholarships - local and foreign - receiving their money late.

Apparently, government officers and one could presumed it is orchestrated by PTD bosses to drag their feet. They have no guilt of students missing their final exams or dropped out of courses because fees are not settled yet.

It may have involved various Ministries and surely Ministry of Finance under Tan Sri Irwan Serigar failed to be sensitive to students problems.

MACC actions are to stem the wide practises of corruption, abuse of power, and unaccountable wealth gained from corrupt practises condonned, and protected since the 1980s administration.

There is no reason to justify any pen pushing. Subscribing to proper procedures should enable fast decisions and efficiency of operations.

It is inefficiencies that open the opportunity for corruption by requiring some greasing to do anything fast.

By the time LPF made a decision, they did a U turn and allowed the film's release uncut. Since it is LPF practise to not explain their decision, it does not end the public discussion.

Certain segment of the media does not view the so-called gay scenes as a depiction of gay practises.

While the conservative Malaysians are seriously opposing and calling on Malaysians to boycott the film.

Whichever way, LPF seemed to intentionally instigate the public and it will be the political leadership that get blamed.

Will not be surprise PTD directs blame to Dato Nazri Aziz for merely expressing an opinion.

Nazri is not the Minister in charge but he is the sort of convenient scapegoat that come out of Sir Humphrey Appleby manual on how to sabotage politicians or doing something mischievous but others get the blame.

The answer to this game by PTD to make money for themselves through corruption and stifle good governance is by allocating more money to law enforcement.

Bury more of such corrupted public officials and their participating off springs alive.

The next goverment - be it BN or ñý the inferior option - will be under public pressure should they pull the brakes on MACC from continuing their effort.