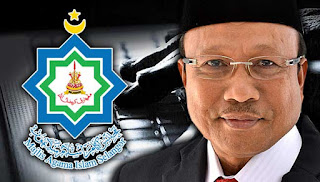 An anonymous commentator with the nicname Unknown asked, "So... Apa cerita sekarang?" in the posting, "Selangor royal default?"

For update of Unknown, Rockybru here gave link and quoted from the posting the next day. He also quoted The Mole's coverage of the  posting, "MAIS denies blogger's allegations but gives no details".

Allow us time to understand the report. The final part of the posting did wrote below:


There are various implications but royal mischief is not. It could be civil servant mischief. But, it has yet to be ascertained.

If there is reason for their actions, it must be justified by reasons and not throwing the good name of his highness. As a religious institution, they should set good example.

This blog is oftenly criticised for having poor grammar and pathetic English, which we not and never deny. Maybe there is something wrong with the English, but we shall not comment further. It is likely MAIS see something wrong legally.

That is the cerita, Unknown.