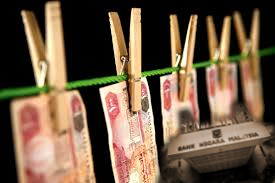 This time it is 12 enforcement officials into Azmin-territory in Selangor for corruption involving massage parlours. The arrested officials are policemen, local council, dan bomba including two police inspectors.

[For an inkling on how bomba can be corrupted and cause trouble to the system, read here].

The Mole reported here that:


"The suspects were believed to have received between RM300 and RM10,000 for every massage parlour. The agency also seized RM25,000 from the home and office of one of the inspectors."

It could be part of the reaction to allegation protection were given to Along Taman that beat up on an innocent lorry driver.

However, the latest raids and the one on Tan Sris and Dato Seri seem to indicate the current wave by enforcement officials is to pursue organised crime and big time money laundering operations.

It can be suspiciously spin as political but there is nothing political.

Eradication of corruption serve to clean-up government, be it BN-led or opposition-led at state level. So let's not politicise corruption and collusion with criminals. 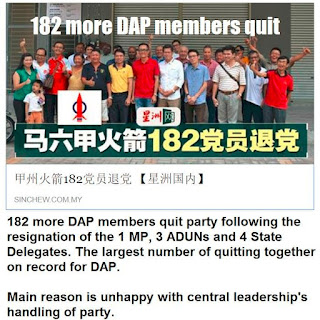 Otherwise, incident of 182 DAP members leaving their party would not have happened.

It help clean-up UMNO by having the frustrated corrupts leave to join the corrupted-led PPBM. Under Tun Dr Mahathir, he turned a blind eye and allowed the underworld to flourish. He is openly associated with Tan Sri Vincent Tan and privately to Tan Sri Tan Kim Ya, first underworld boss awarded Tan Sri-ship.

Even opposition supporters are beginning to say privately that BN maybe corrupt but opposition is many times corrupt. Listen to what Dato Jamal Yunos had to say about old folks welfare fund and Teresa Kok's YAWAS. If it takes Jamal to say, it means it is beneath Jamal and really despicable.

So Perkasa do not talk cock about campaigning against corruption!

With regular payout of RM1 to RM2 million, no low paying enforcement official can resist. Not even the prospect of damnation in hell in the after life.

It is certainly blue ocean as it "challenges everything you thought you knew about strategic success and provides a systematic approach to making the competition irrelevant".

Words on the street claimed Along Taman is an "NBOS" initiative for illegal gambling.

The more scary bit was the blue ocean strategy in the expose of a member of Board of Director of a Bank involvement:

The type of Bank is not mentioned. So it could be Commercial Bank, or Investment Bank or Boutique Bank that disguised as niche financial consultant or even god-forbid Bank Negara Malaysia. Not likely but the talk of Taufiq Aiman have not been denied.

Investment from China could be a front for money laundering of money from Malaysia to China. And also illegal and unauthorised China money to leek out through investment.

The reason China is undertaking capital control measure to curb capital flight and money laundering by corrupt officials. It may have impact on projects as pointed out by Professor Ho Kee Ping here, particularly those G to G projects not sanction by China's leadership.

All investment from China claim to be G to G but it may not be sanctioned by the leadership. Few years back there was a massive crackdown on top government and party officials for corruption. Thus many that is seemed G to G could be money laundering schemes. 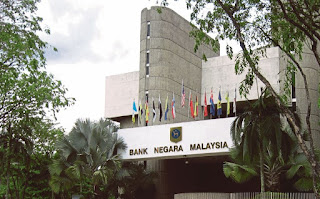 "The tri-partite effort would also able to increase the national revenue and build a country that is free from corruption and abuse of power," they said in a joint-statement here today.

BNM Governor Datuk Muhammad Ibrahim said the collaboration would stem the channelling of illegal proceeds and illegal transactions through the financial system.

"This is key in preserving the integrity and public confidence in the Malaysian financial system," he said.

MACC Chief Commissioner, Datuk Dzulkifli Ahmad, said the collaboration would also allow the exchange of information on investigation and reinforce the sharing of best practices between the three agencies as each has its own unique challenges in combating financial crimes, corruption and tax evasion.


BNM and IRD are participant together with MACC in NRRET. Commendable effort by their absconded representatives to initiate this effort.

This sort of crime have been allowed to flourish under the cloak of the banking system throughout Mahathir era.

Hope the tripartite effort are firm on this because even in BNM, there could be officer working in collusion with criminal elements and turning a blind eye to international money laundering by internationally linked criminal syndicate. 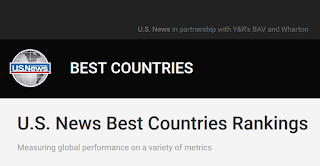 Efforts by MACC and enforcement officials may be ignored by the dumb ass TI Malaysia President for whatever personal agenda but it was noticed by a group of international organisation.

Best Countries Report is a joint rankings and analysis project by US News & World Report, Young & Rubicam’s BAV Consulting and the Wharton School of the University of Pennsylvania. It is based primarily on scores from over 6,000 business decision-makers

Malaysia was ranked first as best nation to invest in. It beat regional competitors Singapore, India, Thailand and Indonesia in a survey and ranking involving 80 countries. Malaysia beat runners-up Singapore by more than 30 points in a scale of 100. [Read FMT here]

The above score takes into account the corruption situation in a country. Yet with all this recognition, the perception indices of corruption by TI; CPI and Corruption Barometer fail to realise it in their survey. It shows it is inconsistent and faulty survey.

It is of vital importance to Dr Akhbar Satar himself, his reputation of his Phd qualification, HELP Institute he is employed with and TI Malaysia. Though non performer at MACC and stupid, he should not display his stupidity to the public.

The ability of Indian - full or half bred - to speak with such eloquence is commendable but to expose their Keling-ness is an insult to thinking Malaysians.

The term Keling is not a derogatory racist term towards Indians but it refer to a state and frame of mind. Former editors talking and writing nonsense based on fake news and facts should also be considered Keling.

More so, if he is strongly associated with confirmed Keling bloggers propagating Malaysia as failed state, bankrupt state, and eat dirty Indian stall's curry next to a stinking river claiming it as excellent curries!