Being true to Islam 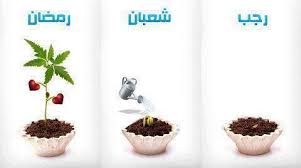 Sorry no up-date for quite few days this week. Not up to it.

Rather than write on politics or economics/corporate or government policy, we like to be spiritual on this third day of Rejab and a Friday.

This morning, we received a message and it checked out to be true. It was something we used to say that in a certain aspect, the German and Japanese imbued Islamic value better than the Muslims in a certain endeavour but without the Islamic labeling.

Seeing how committed Markel is on human rights and her support to Malaysia on fighting for the fate of the Rohingya, the German Chancellor is more Islamic than some OIC leaders..

The study, published in the Global Economy Journal might be shocking to most of us but when we look around us and see the reality of the situation, we find that the results of the study are accurate and true.

As Muslims we seem to care only about performing religious Obligations/Rituals/Sunnah (prayer, fasting, niqab, beards, etc), reading the Qur’an and the Hadiths, but we don't practice what we espouse.

We listen to religious lessons and sermons more than the other people on the face of the earth, but we are still not the best of Nations. In the last 60 years, we have listened to 3,000 Friday sermons.

A Chinese merchant once said: “Muslim merchants come to me and ask me to put fake international labels and brands on their goods. When I invite them to eat, they refuse because the food is not Halal. So it is Halal for them to sell fake goods?”

Religion should not be reduced to Prayer and Fasting. It is a way of life and it is about how we treat others.

We should not judge a person based on how he performs religious obligations for he might be a hypocrite.

The Prophet Muhammad (peace be upon him) said:


Verily, the bankrupt of my nation are those who come on the Day of Resurrection with prayers, fasting and charity, but also with insults, slander, consuming wealth, shedding and beating others.

Lord Bernard Shaw is said to have said:


Islam is the best religion and Muslims are the worst followers.


It is a pity that many Muslims in Malaysia only begin to take religion seriously upon retirement and only begin to attend courses to learn to read the Arabic in the Quran and fine tuning their fardhu ain.

They missed the best opportunity to practise the true teachings of Islam; translate the true values of Islam into their life, and worldly affairs including public administration, politics and business; and be exemplary in their community, country, and world.

Upon the embodiment of Islam in every aspect of it, only could Muslims be more spiritually closer to God to prepare to the eventual return.

May we be blessed with the true spirit of Islam in this month of Rejab and Syaaban:

89:29 And enter among My [righteous] servants