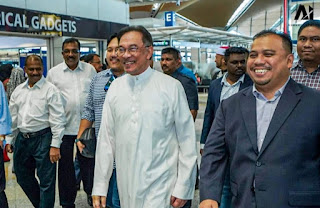 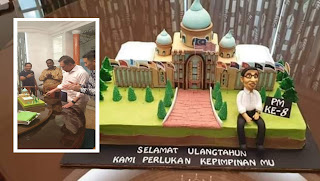 Yesterday, a picture turned up on social media that would make the blood of Tun Dr Mahathir and his political boys boil.

Anwar was cutting a birthday cake of the Prime Minister's Office Building with with words written PM#8.

Dato Khairuddin seemed to be the only voice heard warning that it is rude to talk of PM#8 when MP#7 is still presiding.

He seemed to be the only one defending Mahathir. Other's including Tun Daim dan Tan Sri Rais Yatim seemed to be singing a different tune.

Since the vocal and open quarrel which has culminated in Charles Santiago and several DAP leaders outrightly telling Mahathir to go, Anwar is relax. 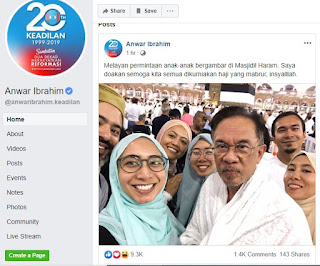 He viraled a picture of himself with his children in front of the holy Kaaba.

Though the social media doubted the picture is real as it seemed photoshoped, he could have gone for Haj.

Take it in good faith. The more important thing is he is quite relaxed and cool in the midst of the political turmoil.

Is something going to happen in mid-September, a dateline insiders close to Anwar is saying to be D-Day? 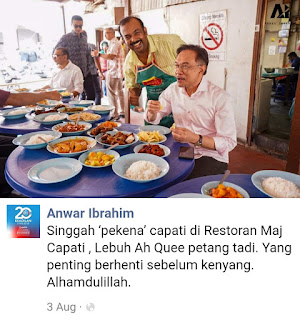 Before Haj. Anwar hinted in the picture in his IG of him having nasi kandar lunch and passing a remark oftenly heard mentioned by Mahathir, berhenti sebelum kenyang (stop before one reach fullness).

It is a petua (or tip) from Prophet Muhammad. 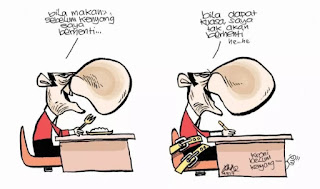 But political caricaturist, Zunar translate it is Mahathir supposedly saying, bila dapat kuasa, saya tidak akan berhenti (when in power, I will not quit).

If that is not enough of Anwar psychological warfare to iritate the old man, he has been saying he will be PM by mid-September to his close knit of friends. 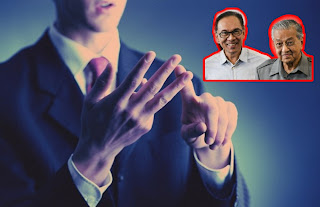 With Azmin openly supporting Mahathir, one wonders how Anwar will get his numbers to a 112 majority without some of PKR MPs, UMNO, PAS and others.

One hint is his war chest operators have returned from abroad.

It is not just Australia-base Dato Rahim Ghouse or the Real Mild connections, but his MCKK classmakes parked in the British isles.

It could be Anwar paying off MPs, but words is he promised without any down deposits. The other "side" apparently made advance payment.

Nevertheless, one UMNO cross-over to PPBM, Dato Ikmal Hisham of Tanah Merah would be supporting Anwar. He is all about business.

It could be the reason he is among the first three to be sued by UMNO for crossing over.

The others are Tok Pa and Dato Hamzah Zainuddin. Tok Pa was threatened with AMLA since he placed election money received in his, wife's and son's personal account.

Hamzah is the stupid broker assigned by Tun Daim to agitate UMNO from within.

He threatened Zahid to resign but upon Zahid took leave, he crossed over. He is supposed to stay in UMNO and with three others still in be shit stiree. Daim blew his top for his stupidity.

Anwar does not need to pay anyone. He could send the message by not appearing in Parliament and not get budget to be passed in October. 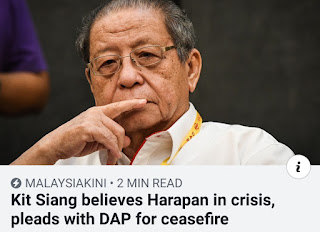 Returning back to the problems in hand which are the current hot controversies.

Its obvious and the first impression view of social media commentators on the opposition side is that it is psychological warfare deviation at work.


Firstly it serves to deviate public attention from the Azmin semburit video and Lim Kit Siang, family and political cronies getting whacked by grassroot DAP and Chinese communities. 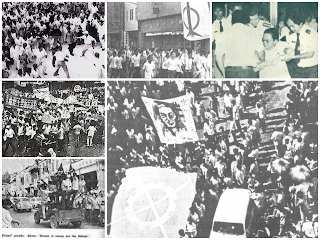 Secondly, another first impression is each issues serve to anger a certain segment of voters and regain back their support.


Jawi/Khat issue was started by Maszlee Malek and announced by Teo Nie Ching.

Lim Kit Siang supported it and got opposing Dong Zong to support. But they made another U turn to oppose it.

Its obviously meant to detract Chinese attention and get them to support DAP. However, it made Chinese more angry and snowballed as excuse to hate the Lims.

Mahathir's controversial attack on Dong Zong was to rile up Malays and regain Malay support.

But Dong Zong got their way as Mahathir compromised on Jawi Khat issue for PTA to decide and only made Malays more unhappy.


Zakir Naik issue was started by Mahathir to get Indians angry and support PH.

However, he may end up making Muslim followers of Zakir Naik angry. It was PAS that organised the event Zakir Naik infuriate Chinese and Indians.

Zakir Naik issue is still hot. How will Mahathir resolve it without backfiring.

This blog had expressed reservation against Zakir Naik since 2016.

But it is Mahathir who started this controversy by saying Zakir Naik is not wanted by other countries so we cannot send him back to India to get killed.


As far as Lynas, 13 PH MPs including Yeo Bee Yin protested against it. Today cabinet effectively approved it for four years extension.

The conditions imposed are mere white wash. PH politicised it but when in power, they could not prove their allegations.

Yesterday, there was an anti-Lynas demonstration by DAP greenies and Anwar supporter, Otai Reformasi. It is not against BN Pahang government but PH.

Heck la DAP, since when Chinese care of environment. Look at their businessman. And, look at Penang!

Who are these Chinese trying to fool? 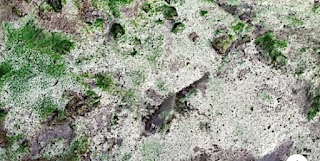 As for Bee Yin, the newly wed is copulating too often. Why third incident at Pasir Gudang and cause is still not known?

Supposed to be future leader from Kit Siang faction, but another failure and incompetent of Lim Guan Eng in the making.

Bravo to Anwar. He has the calibre, attitudes, commitment and dedication to bring Msia to greater heights

It is very nice article on that topic. I was looking for something like which is interesting and knowledgeable. Do you know that Agrawal Construction Company has the most amazing townships, especially top Builders In Bhopal, with the name Sagar Green Hills. It is located in the lap of nature.