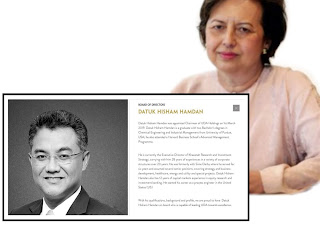 
Mahathir was asked on the appointment of 37-year old Jalil Rasheed as PNB's new CEO to replace Dato Abdul Rahman Ahmad, whose was reassigned as Sime Darby Berhad Chairman.

The day it was announced social media cried nepotism. Jalil is married to Mahathir's grand niece. That maybe the reason he passed the buck to Zeti. 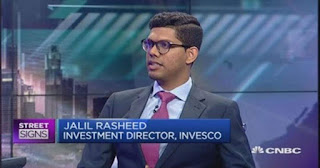 Jalil is CEO of Invesco for South East Asia & Head of Emerging Markets Group since 2013.
Prior to that, Jalil spent 10 years with Aberdeen Asset Management.

Many see him as too young and the Indian Muslim's experiance as only fund manager is not sufficient to  manage RM300 billion of Malay/Bumiputera fund and a large organisation with large companies under PNB.

Will that mean Zeti too is responsible for choosing Hisham Hamdan?

In 2012, this blog criticised Hisham in a posting here. Extract as follows:

Does the name ring a bell?

In case there is a problem with the hard disc in your brain to retrieve the information, Hisham was the failed former Executive Vice President, Strategy and Business Development of Sime Darby.

After a series of failures to takeover IJN, followed by the public uproar against Labu Airport LCC, then unable to turnaround Sime Engineering, Sime Darby cold storaged the trained Chemical Engineer to China for Special Project. See here

He was part of former Sime Darby's CEO, Dato Zubir Murshid team and together with many members of the Board of Directors including Tun Musa Hitam are accountable for the RM1 billion Qatar investment failure. Read details of the projek on Jejak Pujangga here and Bigdog here.

Like Rashdan "Danny" Yusof, Hisham has problem with his inter-human skill and come off as someone arrogant. IJN takeover and Labu Airport failed because of his inability to fathom the public response and maybe his reluctance to listen to advise from the communications team.

Hisham is seldom lost in details that he couldn't see the critical factor. He could be wasting time in senior management level meetings doing petty checking of calculation formula instead of the bigger level of strategy, implementation development and control and monitoring.

Another one of many cases in Khazanah of former Bankers and Investment Bankers that are so distanced from the world of "real" business but yet wish to manage and head businesses.

Hisham is now only warming up eggs as Director of Valuecap Sdn Bhd. To sent him to replace Ganen, it is like replacing QPR's centre forward with a centre forward from a team from the English First Division League. An equally bad if not worse choice.


After leaving Sime Darby for Khazanah Nasional, Hisham should have changed for the better. Unfortunately, the perception on Hisham has not improved.

A former Sime Darby (then was in one of the three GLC merged into Synergy Drive) is still fuming as he commented, "This Hisham guy is totally useless."

A politician and corporate personality in the news two months ago described him as, "Dah tak de akar rotan pun jadilah.

"Unable to make decision. Lack of leadership. Has the brain but need a lot of coaching to lead GLC company." 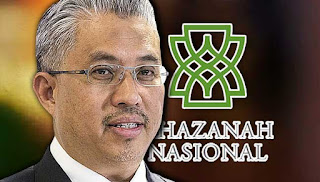 
Hisham, Danny and Rosman, etc. have common issues. These 4th floor boys, without much experience, thought that their Ivey league certs could do wonders and changed the world. They wasted their time with meetings but did nothing. Put money into Binafikir but nothing came out. Peremba construction bled and died a slow death as they were meeting.

Hisham joined UDA as Chairman in March 2019. It will mean UDA will have to find another Chairman.

With only 5 month as Chairman of UDA, in which the development of Pudu Prison land was out sourced to Ecoworld, what experience does he have in development? 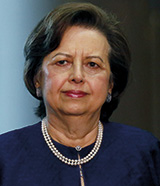 Hisham could be Zeti's choice to cover-up for the disaster of an earlier plan to appoint Voon.

Not so much he is Chinese, his achievement at SP Setia was not seen by other property people as anyhing to shout about.

However, nobody believed Mahathir had no hands and not in the know of Jalil's or any important appointment.

To choose Jalil or Hisham, Zeti could not pass the buck to Mahathir. For one, she will not win in a quarrel with Mahathir. It will open the skeletons in her personel life.

She will have to take up responsibility and use her normal tactic of staying quiet. That is unless the aristocrat intend to infuriate Daim by blaming it on the Doctor Monster.
at 8/30/2019 03:23:00 PM

Hmmm... Same la with MARACorp.
All directors come with papers but cannot fathom how real world works.
The saddest part is that all of them gaji puluh2 ribu but nothing achieved since the formation. Sad.

Hello writer. im looking for bit more family background for Jalil Rasheed, the rumored cucu sedara of Mahathir. Do you have any more info on how is he connected to Mahathir?

This hisham hamdan is a robot corporate-technical guy. He doesnt have human appreciation how organization works. He just thinks thinkers can do everything.

He recently retrenched support workers at non profit because he thinks the work are worthless.
The very non profit that use government money to research about socio economic rights in Malaysia!

Hes suitable for advisor role where he doesn't lead people and manage trust. He can talk high level harvard-like theories but can't even actual manage a sundry shop!