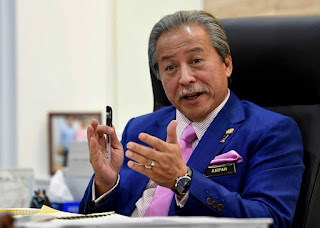 KOTA KINABALU: A by-election is looming for the Kimanis parliamentary seat with the Election Court declaring as null and void its results in the 14th General Election.

Justice Lee Heng Chee found serious breaches in the conduct of the election process with over 300 votes improperly cast, an offence under Section 32(b) of the Election Offences Act.

The judge ruled yesterday that this affected the election results.

He, however, dismissed allegations of bribery and corrupt practices against the winner Datuk Seri Anifah Aman, who contested the seat as an Umno candidate under the Barisan Nasional ticket, citing insufficient evidence.

Election Commission (EC) chairman Azhar Azizan Harun said the EC would wait for the 14-day appeal grace period to be over before deciding on its next course of action.

“As the parties involved have the right to appeal, a by-election can only be held if there is no appeal or the appeal process at the Federal Court has been completed.

“Under the law, the EC has to fill the vacant seat within 60 days from the date the vacancy has been confirmed,” he said in a statement.

One of Anifah’s lawyers, Tengku Fuad Ahmad, said the former foreign minister, who had since quit Umno to become an independent MP, had instructed them to appeal.

“We feel that the judge has made a number of reversible errors in his findings, especially since we don’t know whether the additional votes were in favour of Anifah or Datuk Karim Bujang.

“To satisfy Section 32(b), you must show that Karim would have won without the additional votes. We will take this further on appeal, ” he said when contacted.

He said Anifah had the right to appeal although the court’s decision was against the EC as it affected his position as MP.

Karim, the Parti Warisan Sabah candidate, who lost to Anifah by 156 votes, challenged the Kimanis results.

Karim filed the petition on June 18, challenging the official results which had Anifah securing 11, 942 votes against his 11, 786 votes.

In his petition, Karim also alleged that Anifah had violated Section 32A (general bribery, treating or intimidation) and 32C (corrupt or illegal practice by the election candidate or their agent) of the Election Offences Act.

The Election Court had dismissed the petition last Oct 16, but the Federal Court overturned the decision and remitted it to the court for trial.

When contacted, Karim said that he felt vindicated by the decision of the Election Court.

Anifah, who is the younger brother of former chief minister Tan Sri Musa Aman, was first elected Beaufort MP in 1999. The Kimanis seat was created in 2004. 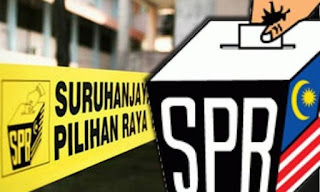 Anifah has not lost the Kimanis seat yet, or the court has not conclusively decided the win is null and void.

EC has erred and sources claimed officers failed to acknowledged and  signed the appropriate forms relating to 284 votes.

EC has 14 days to appeal. Failing which, they will have to compensate Anifah for RM100,000 for his campaign cost, bear the cost of another by-election and run the risk of being sued by both Anifah and his opponent from Warisan.

It could be a precedent setting lawsuit, which could prove EC was negligent in carrying out their duties. EC ran the risk of being sued for past and future negligent actions. 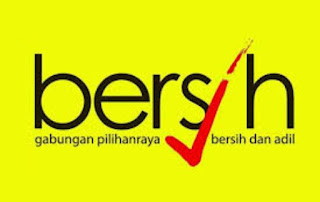 For BN, in which Anifah was their candidate then, it is vindication against accusation by groups such as BERSIH that BN abused its power to win elections.

In this case, BN candidate was the victim of EC. There is widespread believe that government officers, which largely sided with PH at the last GE14, assigned to EC for GE work had sabotaged BN candidate

After GE14, BERSIH is represented inside EC. Will they stick to their cause celebre to correct wrongful election practises or protect their new turf?

Frankly, BERSIH should support Anifah in the event the need arise and he decide to sue.

EC's appeal would mean no by-election is in-sight within at least the next 6 months. 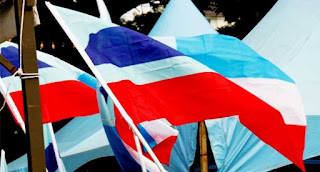 Immediately upon the court decision to nulify Anifah's slim win in Kimanis during GE14, political watchers are looking forward for a by-election.

If Anifah ran again as independent, it would be a test on his aura as the other of the two Aman brothers, who were a major force in Sabah politics for the last decade or two.

The duo were insurmountable for Dato Shafie Apdal that he had to be out of UMNO to get a crack and seize the helm of power in Sabah.

It would also be the indicative test on PH or Warisan, whose performance and popularity at federal or state level has plummeted drastically.

PH faced successive by-election losses and only ended with a win at Sandakan by-election.

Warisan is believed to have forsaken Tun Dr Mahathir and moved to support Dato Seri Anwar Ibrahim to replace Mahathir.

Shafie would be looking at the opportunity to end the grasp of the Amans on Sabah politics.

One would expect PPBM or USNO may wish to make their presence at Kimanis.

The slim Anifah win at Kimanis during GE14 would certainly attract serious contest for any by-election.

Since Anifah then ran under UMNO-BN ticket, will UMNO or BN not offer its own candidate to reclaim their constituency?