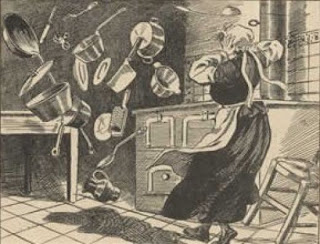 It does not need a supernatural to take off.

An old gossip of Shafie with starlet Zahida Rafik resurfaced again. The latest has a twist that would have Shafie avoiding pots and pans from Datin Shuryani binti Shuaib. 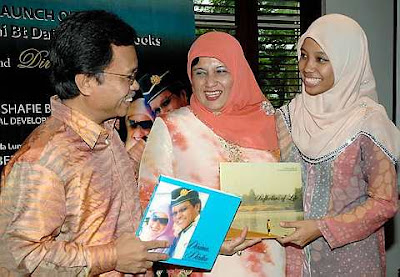 And you guessed it, his father-in-law is Dato Shuaib Lazim, one of the Datuk T trio who happens to be close to us. No worry with father-in-law. He is equally polygamic.

Is Shafie polygamically married or is she only his "comfort woman" (for lack of a better word)?

This rumour of Shafie and Zahida has been going on for years and in fact, this blog had written of it way back in September 28, 2010. [Read here.]

Subsequently, a denial came in. Not actually a denial, but his Press Secretary, Zukri Valentino gave an account of his denials made in Semporna and Tawau. [Read here.]

There is a new twist to the latest rumour that is attracting attention. Not only there is this 55-year handsome Minister and a surgically beautiful starlet, there are transactions amounting to RM1.5 million and police reported confession from the starlet's driver.

Pity on Shafie. He is on his home return to Semporna and Tawau for a regatta. But, he will be marred by this scandal.

Bet the press must be keen to hear his answer.

Already his political plan could not be executed and one of his boy is being charged on nine counts of criminal breach of trust (CBT). Sudah jatuh ditimpa tangga.

He is not out yet. It depends on how he deals with it.

Hope Dato Shahrizat would pay attention to pick up a pointer or two on how to handle a tight situation like his. True as you say, some male UMNO leaders also have problems, but how do they handle it. 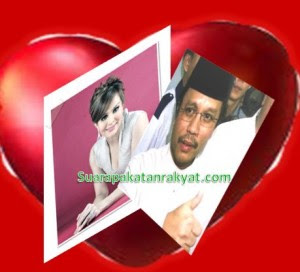 Let's extract from opposition portal Malaysia Chronicle on this new twist of an old rumoured affair:


Meanwhile, in the minister-actress affair, Sivarasa and Zuraida Kamaruddin, the PKR MP for Ampang, showed to reporters a police report lodged by a man named Noor Azman Azemi, who claimed that he had been hired by the minister be the actress’ personal driver. His job also entailed “monitoring her movements” since 2009.

Noor Azman said he went to the Ampang police station on March 13 after the actress accused him of absconding with over RM200,000. According to Zuraida, she obtained a copy of the police report from Noor Azman’s relative, who came to her for help.

In the report, Noor Azman stated that the minister gave the actress between RM100,000 and RM200,000 every time they met “secretly in hotels around Kuala Lumpur each week.”

The 38-year-old Noor Azman alleged that the minister and the actress had “an intimate relationship with one another and I was the trusted middleman.”

Noor Azman also stated that he had lodged his report after the actress had made her own report against him for the 'missing' RM200,000. He also said he resigned at the end of February as he could not take the pressure of working for the minister which involved reporting the actress’ movements whenever the minister was abroad.

Why would a political party marred with a Ketua Umum whose comfotable with prostitute, boys and other's wife and openly supports Lesbian, Gay, Bisexual and Transexual (LGBT) rights bother of an affair between a Minister and a movie star?

Let's be fair to them, their focus is on the money and not the affair, although an affair is a great attention grabber.

If that is the case, both the police and Shafie need to establish whether there exist all those transaction that accumulate to RM1.5 million. Did Zahida made transaction at Maybank's branch at Socso building on Jalan Ampang Kuala Lumpur?

It does not jive to us for Zahida to receive such sum of money and have his driver carry the money to the Bank to bank it in. Most people are secretive of their financial affair, especially so, if Zahida had allgedly received such sum in one go.

The sum of RM1.5 million and all those luxurious living and possessions of Zahida sounds too good to be true. It is stupid of Shafie to splash so much for a woman whose not a lady anymore in her teens.

Off course, it needs to be establish whether Noor Azman was Zahida's driver and supposedly on Shafie's payroll to spy on her? Wow ... possesive man this father of 6.

Why all the doubt? 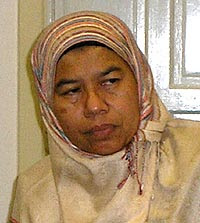 One is talking of Zuraida Kamaruddin who is ditinctly different in the looks and diplomacy department than Zahida or Dato Anifah Aman, respectively.

She had been caught on many occasions making allegations based on false or forged documents. There is rumour that this Singaporean-born MP had forged her documents to get her Malaysian citizenship. Wallahu alam.

This alleged affair is not good news for Shafie. At one time, he adamantly wanted to return to Sabah to assume the Chief Minister.

That would put UMNO Sabah in a quandary. Shafie do not have sufficient support within Sabah grassroot and perhaps he wanted to return to build up that grassroot. He would upset the stable politics under current Chief Minister, Dato Seri Musa Aman.

He is rock solid and is here to stay. No Sarawak Report expose can shake him.

His deft political touch is both refine and shrewd that one acquintance of ours, close to the Aman brothers, described him as Melayu Yahudi terakhir.

Whatever that means but we can guess what he means.

Shafie was still adamant until someone had to arrange a four-corner meeting involving one of the Aman brothers to tell him point blank. He do that he'll lose his VP post. Sabah votes will not come his way.

If Shafie is able to shake off both these problems, he still have to contend with another. We were made aware of this news from the ICAC News website: 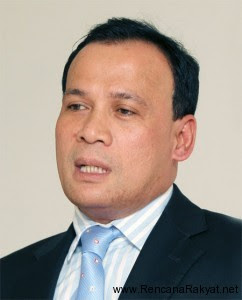 The offences were alleged to have been committed at the YPM office in Medan Mara, Jalan Raja Laut here, at about 1.30pm on July 23 last year.

YPM programme manager Zainal Rashid Zakaria, 43, was charged with nine counts of duping the foundation by verifying the completion of the programmes, purportedly in Perak between July 5 and Sept 22, 2011, despite knowing the programmes were not implemented.

Before expressing our anger to this incident, allow us to laugh .... hehehe ... hahaha ... kah kah kah.

When ever did this sonofabitch ever obtanied a Doctorate degree? In fact, did he ever had a Bachelor's degree, perhaps he had but a Master's degree?

We know this bloke too well. He is a besan or in-law to our former partner. Used to be a reporter with Berita Harian and then moved to The Edge in the earlier days.

Suddenly he surfaced in UMNO's Penerangan office. Words are that he is the mother fucker that kicked KMU's server out of Penerangan's office. On Khairy's instruction, he left it by the elevator and told the KMU boys to take it away.

Subsequently, he was tasked to be the Secretariat for the Kelab UMNO Luar Negara. He was arrogant and territorial, refusing to cooperate as though that Kelab is a future power base for him. The VP in-charge for these students happened to be Shafie Apdal.

One is talking about using money for students!

Frankly, he is the sort of character that is unprincipled, pragmatic, and narrow-minded enough to justify doing such things. If he did it, may he burn in hell. He could also join his - destined for Kajang prison for CBT - besan.

Off course, it's for the court to decide. 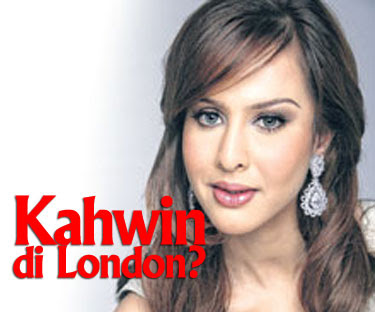 About Zahida, everyone talks about them being married in London since 2010. How much longer can he keep denying? Come off it.

Dato Noh Omar admitted he was dancing with his second wife and all allegations stopped. Just admit it la ... If not married and there are wedding bells planned, announced your marriage.

No media and blogger is going to waste their time to defend on personal issues like this.

As far as the money part, which is more important to deal with, they could help. But it has to be substantiated with documents to be convincing. Denial is not enough to fade the negative perception.

This one is better than NFC and the funny cow imagees that came with it. It's got a beautiful, young, sexy, cleavaged, bosomed, saloon-ed skinned, ... glamourous starlet that well outshine NFC's cows and their condo included.

Never seen you with such fighting words.

Hands up, bending up and down at the waist, salute to the master.

this should be another brick flying off the wall rather than just pot and pans flying....hehehe

This is a flying bricks, not the 'saucers'!

Your words such a deep sarcastic that can't be denied.

I enjoyed your posting very much!

This is a flying bricks, not the 'saucers'!

Your words such a deep sarcastic that can't be denied.

I enjoyed your posting very much!

Owgh bro, what the f is wrong with you? Whether they are married or not, it's none of our business. He is a well-off person with the minister title or not. And best of all is... he doesn't bang the back door...

Yep, your writing is much sharp this time around... I guess men will be men.. but men touching men and having his brick in some other men's walls will draw so much of suspicions... la la la la la...

OK, I am for UMNO. But if Anwar wanted to get the china doll, who the hell cares... just don't be our next Prime Minister!

Too many third party claims to be belieavable.

Zuraidah claim from a source related nor azman.

Nor azman divulge details in response to zahida's police report.

People like you lah melemahkan UMNO..Leave these Ministers and deputy Ministers Alone. As Najib said they have worked "so hard" that they are entitled to f#ck anyone they like....

What kind of business is she in that involves large amount of cash deposited? It must be cash or how else can her driver allegedly stole d money?

She must come clean n explain the large cash...as cash deposited above a certain amount (40K?) have to be declared by the bank to Bank Negara to monitor money laundering activities.

Regular large cash deposited is not unusual if your business is related.

Aisay brader. Baca betul2. Get the context right. Where did I made any fitnah?

Which part of my posting did I made any accusation? Is there any of my opinion unqualified or unconditional?

In fact I highlighted doubts on the accusation. Raised issue on Zuraidah.

Pak Menteri's silence does not help.

Call lah for a PC with his wife like Badrul Amin or Anwar or Chua Soi Lek and own up or deny or announce. Say Ms supportive and blah blah blah ...

Then we take it from there.

Maybe you should stick to the bahasa Melayu blogs.

Though it does not help also, but perhaps you can use this lame and weak fitnah cautionary statement. Ha ha ha ...

Not only Najib that is working hard ok?

But dont expect us to cover the undefensible okay. We are not dungu.

Good one. it seems mara keeps on getting the highlights for the wrong reasons.. mrsm, Giatmara, YPM.. I think they're going for the world record - the agency with most cases but the director general n his cronies are sitting on top of the helm like everything is just peaches. MACC should next look at the premises they 'rent out' to entrepreneurs. The same people keep getting the premises and some of them don't even bother to pay the rent..Wallaww.. very seronok like that..