On March 31st, 2012, this blog wrote of a technical incident involving MAS's Boeing 777 flight to Mumbai that had to return back. [Read here]

Rocky blogged his experience yesterday of his flight to London on a 747-400 that had an engine went bust 10 to 15 seconds in the air. Read here.

This is incident happened 17 days after the earlier ncident. Definitely not something MAS is known for. It should be something to come from Air Asia and their reknown repeated problem with landings.

Enquiry mind wants to know and it begins to wonder and wander.

The following was how The New Straits Times reported:

KUALA LUMPUR: Malaysia Airlines said a technical defect of an engine on its 747-400 saw the London-bound MH2 flight, originally scheduled to depart KLIA last night, to be rescheduled to this morning. 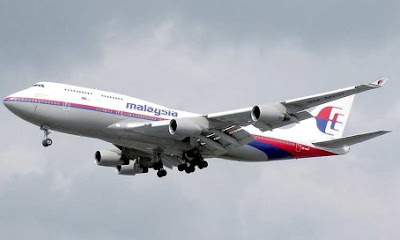 Picture credit to http://airline-news.blogspot.com/
The plane left KLIA at midnight, only to turn back to the airport at 2.05 am. On board were 351 passengers and 21 operating crew.

MAS, which issued a statement 12 hours after the incident happened, said the aircraft was grounded upon arrival.

“A rescue aircraft was arranged with a fresh set of crew to continue the flight to London, scheduled to depart KLIA again at 1030am today,” it said. The plane finally departed KLIA at 10.34am.

The national carrier said it provided full board hotel accommodation the passengers.

Meanwhile, a passenger Datuk Ahirudin Attan, wrote in his blog rocky’s bru, that the plane had been in the air for 10 to 15 seconds before hearing a “huge, ugly "thud".

“ ... immediately those who had flown enough times knew something had gone awry. The big bird shuddered and then someone said "Fire!".

“A stewardess was running up the aisle to the First Class cabin, followed by a male colleague. I did not see any fire; I was at the window seat on the 16th row, just a few seats before the four engines of the 747, and the engine that we lost was on the left wing.”

He complimented the airline’s cabin crew for allaying passengers’ fears and that they were cool despite their own, and “continued to engage us well throughout the 90 minutes that the aircraft had to circle low over KLIA to dump fuel for the landing.”

Meanwhile, Boeing said it is waiting for a full report from Malaysia Airlines on the incident.

This incident was reported by Bernama and several other newspapers and picked up also by foreign media.

It is unbecoming of MAS to have two technical incidents within 17-18 days. This should be the sort of thing that happen at Air Asia.

For a fact, when Air Asia was having a bad streak with the media for their repeated occurance of landing mishaps, there was a blackout instruction to local media from reporting Air Asia landing mishaps by then NST Spinmeister Dato Kalimullah "Masya Allah".

For MAS, such occurrence happens once in a blue moon or lunar years. Finally, when MAS had one runaway overrun somewhere, it became the much needed balance view of landing mishap in Malaysia reported by NST.

Now, when a repeated engine problem happens, all fingers may be pointing to MAS's Engineering Department.

Let see what is the latest happening there. 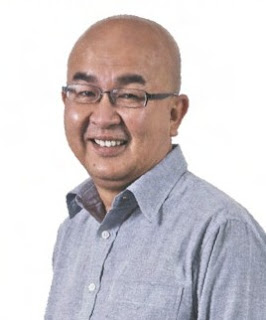 Looks like our MAS specialist YB is in an uproar over the appointment of Azhari Dahlan as Head of Engineering. [Read here.]

Having ex-Bina Fikir con-sultan, Dato Rashdan Danny Yusoff seems to not be sufficient in the tradition of Tingkat 4, the bill don't seem to be big enough for cash-laden MAS.

A Tingkat 4 or Ethos Consultant is not complete without external consultant brought in. Plane Consult, consultant to LCC Air Asia was brought in, thus deeming the appointments as recommended by them as conflict of interest.

Before that YB Wee claimed that the fee paid to Plane Consult for RM2.8 million as a waste and not in accordance to the so-called plan to cut cost. YB Wee is very detailed in his allegation here.

Why would one need a consultant with such a heavy top team around?

Give AJ the break. He came in upon completion of CCF.

Before AJ came on board, these people together with Dato Nazir of CIMB were the geniuses that concocted another WAU called CCF.

Nazir is the Prime Minister's brother but this spolit brat youngest brother does not care for the brother's aspiration for the nation and compassion for the rakyat. Why should he be when his salary bigger than the holder of sovereignty for Johor, the Sultan of Johor?

The Sultan get the rap from the business public in blog commentaries but Nazir comes out clean as a whistle in every sneaky deals he is up to. He is so indifferent that he does not know the New Economic Policy. Ini bank CEO, bang!

The industry described him as the big bad IB or Investment Banker who is flexing his Tun Abdul Razak surname despite his polite charming dexterior.

These geniuses do not need consultants because one only employs consultant when one do not know how to manage or do things on one's own!

Back to Azhari Dahlan, bet the MAS staff would be most uncomfortable to have their competitor spy and control their operation from the inside.

Everyone in the industry know that Air Asia out-source their engineering to MAS and others. Something is seriously wrong with Air Asia operation as BigDog barked few years ago here.

Singapore is believed to reject their engineering business. Does that give them much credibility as an efficient Engineering Out-Source Department?

YB Wee had in his earlier posting highlighted that Azhari Dahlan as a former Head of Engineering AirAsia and recently parachuted into MAS as Head of MAS Engineering without DCA and/or EASA Approved Nominated Post Holder.

This is serious shit.

How is going to manage all the LAMES when he himself is unqualified?

YB went at length on the various licences in his address to Parliament. Read here.

Is having Azhari Dahlan the benefits that MAS gained from AA and/or AA under CCF since the secret share swap executed on August 9th 2012 until now?

MAS staff would feel that they have hundreds of Azhari Dahlan in their stable. Mind you, MAS LAME are well sought after abroad.

Returning back to the two engine blow-outs, these two incidents should remind of an incident happening during the time of Tan Sri Tajuddin Ramli when he attempted to look into the issue of spares and procurement of parts.

In MAS, there is a corrupt syndicate in the purchase of spare parts of Mafioso proportion. It is collusion between the Managers and Suppliers.

When Tajuddin attempted to put things straight, two Boeing Engine sent there for MRO by other Airlines went missing. It only reappeared in Mumbai when the new procurement plan cancelled.

Such sabotage is not an isolated case. Below is a 2005 report happening in Sepang:

SEPANG - A MEMBER of Malaysia Airlines' engineering staff was picked up at his workplace at Kuala Lumpur International Airport (KLIA) on Monday in connection with the sabotage of four MAS aircraft over the past two years.

The 25-year-old man was arrested about 10pm and taken to the Sepang magistrate's court the following day. Police obtained an order to put him in remand for two weeks.

Police Superintendent Zahidi Ayob confirmed that an MAS employee was arrested. It was the first arrest linked to the sabotage of the four MAS aircraft.

The most recent sabotage attempt was detected in January when an MAS A330 flight to Kansai, Japan, had to be grounded after maintenance crew found hydraulic oil spilled on the instrument panel in the cockpit.

The airline received two threatening letters after the first sabotage was detected in 2003. It was unclear what, if any, demands were made.

The latest threat was received in January soon after MSA announced a RM100,000 (S$42,500) reward for information.

The arrest comes days after a special team of forensics experts and airport police set up counters at the airport to obtain thumb and palm prints of some 1,200 MAS engineering personnel. -- THE STAR/ASIA NEWS NETWORK

SHAH ALAM - Police have arrested three Malaysia Airlines (MAS) employees suspected of being involved in an attempt to sabotage an A330 Airbus aircraft on Oct 2.

Senior Assistant Commissioner Abu Bakar Mustafa said the three, aged between 28 and 44, were maintenance workers in the engineering department.

Two were arrested on Oct 22 and were remanded until last Friday, he told Utusan Malaysia newspaper on Wednesday.

'The third suspect was picked up last night. Police have obtained a remand order until Nov 6,' he said.

Police are continuing their investigations and may pick up more suspects, he added.

The aircraft in the Oct 2 incident was scheduled to fly from the Kuala Lumpur International Airport to Perth.

But pre-flight checks revealed that some of the plane's wires had been tampered with.

The flight system also showed a serious malfunction of the cockpit's flight instruments.

Three hundred passengers were transferred to another aircraft for their flight. -- The Star/Asia News Network

To conclude, lets us these few questions. Is the recent engine problem a case of sabotage from the Engineering staff?

Possible since it has happened before in MAS.

Could it be a case of revolt?

Also possible due to the dissatisfaction of MAS staff to Azhari's appointment as told by YB Wee.

Could it be linked to the new Head of Engineering and Air Asia?

Dare not accuse without a plausible story or proof. If this is a criminal case, such possibility will not be dismissed off.

do you know that there was another incident involving MAS plane merely 24hours before the MH2 incident?

and, do you know that the supervisor on duty on the MH2 flight that engine caught fire last night was the same supervisor who was incharged on the controversial MH122 sydney flight where DCEO Danny Rashdan was accused upgrading his maid and son to the first class cabin. Her name is Joyce Tan.