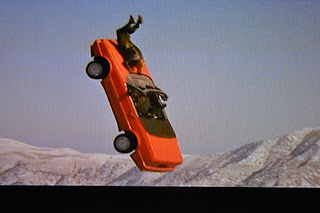 The attack toward PEMANDU as responsible for the poor performance of Barisan Nasional in the recent General Election was not taken lying down by them.

The Choice [read here] claimed the policy and program generated by PEMANDU is working and should continue. They are the only portal defending PEMANDU but it sounds like only PEMANDU praising themselves.

None had defended PEMANDU in the Internet since most pro-UMNO bloggers are aware of the game played by Omar Ong in helping put Pakatan Rakyat's campaign. Blog Gelagat Anwar warned in August 2011 here.

One source informed us that the feedbback effort to maintain their existence is actually an effort to form a high level Committee formed by PEMANDU to advise the Cabinet. It would mean that the cabinet will be reduced to a mere stamping office to endorse PEMANDU's recomendation or more accurately, instruction.

Indication as the report below: 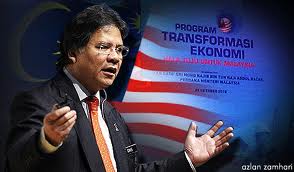 The second is the sustainability wave of activities. This involves building capacity and capability so that the organisation can continue the work without any need for intervention.

That way it serves one purpose and that is to continue to milk the Government.

Malaysiakini and FMT may be an opposition portal but they share our common concern.

When it was established, RM36 million was spent to McKinsey and Company. Read Regina Lee writing for Malaysiakini in 2010 here from Kit Siang's blog. Who doesn't know who she works for now?

It continues to extra more money through consultancy fees and labs.  Read the FMT report below:

There was a source that wrote a critical review of PEMANDU but somehow or rather, PEMANDU may bought over the website and changed the content.

For all the money spent, what have PEMANDU delivered? For a start, talk is RAPID Pengerang will be postphoned. There is many more screw-ups.

Here is a view of a "staff" member of MIER:

PEMANDU has done a lot to promote Najib’s Transformation agenda. But what has it really achieved apart from talk and spin by Minister Idris Jala?

There is a huge gap between rhetoric and reality. ETP is all talk. If  we judge Jala by results, PEMANDU is a failure. It should, therefore, be disbanded.

In the past, we have relied on professionals in the Economic Planning Unit, Prime Minister’s Department, to do the job and they did a very credible job, judging from what was accomplished in terms of economic growth and development.

What can PEMANDU and its external consultants do that the EPU cannot do better in terms of dealing with macro economic challenges we face today?

EPU should be asked to get the job done.

It is alleged that there are 9 young Chinese in Pemandu. These 9 young Chinese have no qualification, no education and no experience in Malaysian public affairs and appeared out of nowhere. Such types also brought down the much vaunted dysfunctional meritocratic pyramid of Singapore. These young Chinese English speaking are argumentative, hollow with no cultural ballast. They only look like Chinese.

For those who believe in the weakness of the Singaporean Trojan Horse DAP's leadership, see www.tremeritus.com/2013/08/29/lky-the-man-and-his-policies/ plus the 74 comments which confirms my ' the brilliant Lee Kuan Yew with his 9 failed Policies for Singapore.' If the spiritual leader of the DAP, LKY bungled what do you expect of the weak DAP leadership which can only do worse !

Ain't any of the bloodsuckers needed to come onboard anymore. The coffers are dry enough anyway.

No check and balace. Supposedly creating a superteam to deliver result. This so called superteam just ends up eating the resources by itself.

I bet 50% of what pemandu gets, goes to consultants, their pays, their bonuses and what nots to be shared by themselves.

The other 40% goes to PR. where they buy time slots on tvs, full spreads in papers and what nots to promote and spread word on their supposed success.

The other 10% goes to ah whore. When asked where this 10% came from, it will be responded to him that this is the fruits of the 100% and that the train is currently on track.

1. PEMANDU a failure is a foregone conclusion.

3. BN got lesser seats in Parliament after GE13.

5. This is about managing a country. If he has failed,then he should leave. No second chance should be given please, not at our expense...