There was a development in our probe in yesterday's posting on the Omar Ong's manipulatable CEO of Putrajaya Holding Sdn Bhd (PJH).  [Read here]

Someone managed to got in touch with us to highlight that the contract has not been awarded yet. The WCT news linked yesterday [see here] was with regard to Presinct 2 and not Parcel F.  To err is human.

But, the source did confirmed that CEO Dato Azlan is bias towards WCT and Sunway. He is not interested to give others a fair hearing and consideration. Not only that, he intend to give all the four sections to only WCT and Sunway.

That is unethical and that is the issue we wish to raise today. Most of this unethical practise involves Government servants and those holding positions of authorities. It is counterproductive and deviate from the fundamental reason Government give out public work.

Otherwise, Government might as well corporatise JKR into a GLC and give all work to them.

In addition, the source highlighted that Persona Metro is not the only company acting as a front for other construction companies. Securing contracts and then out-sourcing it runs contrary to the slogan "Pencapaian diutamakan."

The technical people inside realised and know that not all companies that enquired on the project had the capability. Some companies with capability were invited but Azlan is too smitten with big companies.

As a short person, he may have the Napolean sydrome of wanting to conquer big things and have big companies kow tow to him. On the same note, he was secretly made subservient to the pestering of another skinny chinky man.

In the last election, pro-BN bloggers made legitimate issue with regard to direct negotiation practices in Pakatan's Selangor government. The problem does not lay with direct nego but Pakatan campaigned to stop direct nego.

Direct nego or not, it is not the procedures that one should be concern but the need for ethics in the process of giving out contracts.

If this is a case of a political argument in the mode of Cakap Tak Serupa, it can be an unethical trick used to get around the ethical process of open tender and/or open negotiations.

One friend described his company's ordeal in dealing with Ministry of Finance official. They had tendered in accordance to the specification of the contract. Their pricing strategy was not to go for the highest or lowest but fair profit level but place importance on meeting the specification.

Surprise surprise .... it was given to someone that is not the lowest and not fulfilling the spec. So they complained and explained their grievance to a Treasury officials. He agreed that it was a case of Cakap Tak Serupa Bikin and fought for his cause.

The official was cold storage. Our friend's company was blacklisted. These official will deny they shortlisted any companies. They only tell the clerk not accept your proposal and submission. 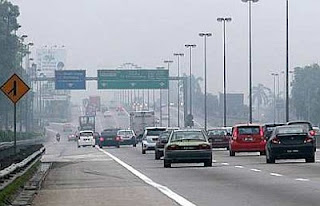 One late and best friend, an ex MRSM was working to procure a telecommunication contract from another ex-MRSM friend, a Project Director of a Highway project.

Knowing a friend helps for our late friend. The Project Director knows of our friend, his honesty, diligence and capability. His only problem is money but he is able to raise the funding. So it cuts his time of having to do vetting.

That friendship should end there and professionalism takes over. Our friend went through all the bidding process and won. But, it does not end there.

He described the ordeal as the various stages in a World Cup football competition.

Having passed through the early group matches and won the knockout stages, quarter, semi and final, he should have been declared the champion. But, he had to go through three to four stages of Finals matches with the Project Director's team.

His costing was scrutinised at every line and finally, with leftover meat on the bone for only a sop tulang, he had to face the Final of the Final, the Grand Final. The Project Director said he has to come up with RM300,000 upfront or "they" can't approve. Without which, they will call for a re-tender.

The upfront is a crime and friendship is betrayed. The unethical part is to make others undergo the ordeal. When he finally deserve and compromised a lot for the job, he was not awarded.

He still did the job because his financier and partner needed a job to keep the staff working and paid. The  stakeholder were working for free despite the risk he has to take. The Project Director and his friends is the one having the best of both world - salary for their job and benefit for someone else's risk.

Not sure how the contract ended but the highway is there and operating. It leads to Putrajaya.

Our best friend died and his debt was only recently settled and hopefully, his soul has now found peaceful bliss meant for heaven.

That Project Director went on in life. Now a Haji and a GLC CEO but still squeezing the blood of many more. Under the guise of business and market reality, he is displacing people out of their inhabitants to make way for the lust of rich to have their second or third high priced residents for their mistress and concubine.

The people he will displace are his own Melayu. He could be praying five times a day but he deserve to be condemn to hell.

It brings us to our next story of unethical practices in Putrajaya. This one got names.

There was this accrual accounting system project for the Accountant general office. The project name was 1GFMAS. The tender came out last year and it was decided by none other than Treasury. It was made before election when Dato Najib was the caretaker Minister of Finance. 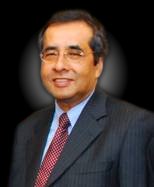 The budget was found out to be RM214 million. Naturally, the lowest at RM228 million won.

The company is owned by our "old friend" Datuk Dr Hamzah Kassim of Innovative Associates [read back here, here and here], IA Group and the HR group work that gave the Talentcorp idea and probably got the out source work. Many knows that he is just a front because he is funded by some Chinaman.


Everyone in Treasury knows Hamzah Kassim is on Tan Sri Amirsham-chaired NEAC. Naturally he has strong connection and influence in Treasury. His company was not short-listed but he managed to squeek in.

It turn out that he had underquoted the hardware and ancillaries at RM92 million. Voila! Bisa di atur Pak! Or the Indonesian has changed it to Asal Bapak senang.... ?

From the original price of RM228 million, he re-submitted for the item at RM276 million. Apparently, Ministry of Finance approved it as Variantion Order (VO) of nearly RM100 million.

VO is meant for items and work that is not stated in the tender documents and it is usually a billing and need formality of approval. However, MoF people used VO to correct an understated tender.

This is not fair to other companies and taxpayer. Those able to source it at lower cost are denied the opportunity. And the taxpayers had to bear additional cost for someone's "friend." That is not all. It is heard Hamzah Kassim will be selling IA to a Chinese owned Company, Silverlake.

Hamzah Kassim is a capable man and has some level of expertise in his field. He was honoured by his Alma Mater, a private American midwestern college for kids of rich family, Monmouth College. Yet, he has to resort to unethical practise.

What is to become of Malaysia and the future of our children when half past six used to be so powerful and now the ones with reputation and resume could be crooked too?

Someone high up there thinks we are ready to be a developed nation with such sordid third world practices still prevailing. By the time TPPA come in, all of us will get ducked. There will be no bone left for local to chew because we ourselves are not grooming our companies to be competitive.

The message to success is one must know tricks. The trick is to do business unethically with underhanded means. The Malaysian version of Apprective with Tony F wants our future young executive to be sharp in finger piting when something fail. Is that how we want our country to be?
at 8/02/2013 12:06:00 PM

I came to know that the Accrual Accounting system was outsourced to PwC for less than RM100m.Not much profit to PwC and hence done with less enthusiasm.

Great article. The people involved Datuk Hamzah / corrupt MOF staff / corrupt others should be exposed and nabbed. Clearly hanky panky way of getting business .. lowest bid with immediately VO approved by MOF. Is this a new way to win Malaysian government bid? SPRM please do your job.

I would need to disagree with you on AZlan. I just wish to shed some light that WCT has a good track record at Pjh. It has been awarded before and did very well.

You have not elaborated the reason for his support though have generally cast aspersions on him. I find him generally a fair person.

Your info on gfmas is spot on bro. Congrats and may god protects you for being bold and brutally honest. We need more people like you in this country

Corruption must be eliminated, but
Don't slander without proof.
May Allah protect us from all evil

In a society where the tax base is multi ethnic it is unethical and ultra virus to the constitution to give contracts based on mono ethnic policies. I hope that God will give the wisdom to our leaders to see the folly of such policies and bring them back on track in accordance with the consitution of the country.

Characteristics of the Slanderer


"And obey you not everyone Hallaaf Maheen. A slanderer going about with calumnies, Hinderer of the good, transgressor, sinful, cruel and moreover, base born." [Qur`an 68:10-13]

Allah has described in these verses, the Namaam, with 9 characteristics, all of which are ugly:


آ· He is Hallaaf: one who swears (vows/attests) much. One who does so is often an untruthful person who suspects that people do not believe him and thus swears to cover up his lying and convince others.


آ· He is Maheen: worthless


آ· He is Hamaaz: a slanderer, who criticises and insults people, using words or signals in their presence and absence.


آ· He goes about with calumnies - misrepresentations or vilification to harm others and create enmity.


آ· He is an obstacle for good.


آ· He is a transgressor for he violates truth and justice.


آ· He is a sinner for he cares not about committing sins and performing prohibited acts.