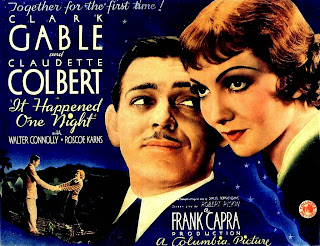 The title is just a pun to the title of Frank Capra movie classic, It happened one night.

If not drained out by asthma attack and too much 1MDB, two events attended last weekend and on Tuesday would have been written as postings.

Not about to be lengthy and serious on this Sunday, so we'll just highlight about our trip to Kota Kinabalu last weekend and Santai with IGP last Tuesday.

We were in Kota Kinabalu on Saturday to attend the follow-up second forum to an earlier first forum we posted [read earlier posting, Something positive happened in Sabah here]. 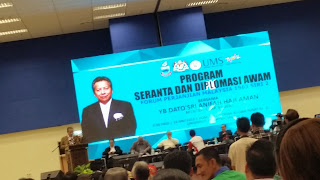 The program was called Forum Perjanjian Malaysia 1963 2, and held at Universiti Malaysia Sabah under the auspices of the Foreign Ministry.

What truly impress us was the presence of various political parties, community leaders, and public interest groups - without consideration for any alignment to any political party/ies or personality/ies - to sit and discuss something of mutual interest to Sabah.

The Forum was chaired by a BN leader, Foreign Minister Dato Anifah Aman but dissenting views were allowed to present their case.

The first to kick start was the controversial Dato Dr Jeffrey Kitingan as he presented his brief presentation on the 20-point agreement. We are not going to repeat it. Most of the arguments are repetitions.

However, he may have drawn on the nerves of quite a few notable people in the crowd. This is the part where we saw as interestingly Sabah and we in the Semenanjung may learn a thing or two about politics from our Sabahan friends.

Immediately after Jeffrey's session, Anifah allowed views from the floor. Of the many exchanges, one particular exchange sticks well in our mind.

One fella by the name of Frank rose to question why did USNO amended the state constitution to make Islam an official religion of Sabah and many other issues. It is understood later that Frank is from SAPP, an opposition party.

Then there was Tan Sri Majid Khan, presumably BN supporter, rose to ask why didn't PBS change the state constitution back when they were in power. PBS had the two third majority to change Sabah into a secular state or have Christianity as the official religion.

This was a frank and open discussion that would have led to boo boys filling up the room in Semenanjung. Things may even get out of hand to see chairs flying and quarrel erupt.

There was nothing of that sort. All speakers were able to finish their presentation uninterrupted by the audience unlike occurances in political events in Semenanjung. The views from the floor were allowed without any jeering or any mob pressure.

In one instance, one Wanita UMNO took Jeffrey task on his claim of discrimination against Christian as she revealed her husband experience of being discriminated by the Christian-led PBS government.

Anifah allowed her to express her views but asked Jeffrey not to answer. He reiterated that dwelling on the past will never reach any finality and it is time to move forward.

Come Dato Yong Teck Lee's turn to take the stage on Borneonisation, he defended Jeffrey against what was said against him by SAPP Frank earlier.

When engagement is done and dialogue allowed to take place openly and without the need for propaganda and deception, there is more to gain and mutual understanding could be achieved.

The forum made a progress. Read the report by Sabah Times last Sunday May 17th:

KOTA KINABALU: A special committee will be set up, after receiving public support, to discuss issues pertaining to the rights of Sabah and Sabahans which were brought up at the Malaysian Agreement 1963 Forum.

Foreign Minister Datuk Sen An¬ifah Aman said that the committee, which would be chaired by Datuk Dr Jeffrey Kitingan would be given deadlines to discuss on matters and come up with a report to be sub¬mitted to the relevant authorities.

"Perhaps former leaders such as Tan Sri Herman Luping, Tan Sri Majid Khan or Datuk Ayub Aman can also join in the committee to discuss their understandings on these issues.

"We must submit something to the authorities especially about is¬sues concerning the rights of Sabah," he said when speaking to reporters after the forum organised by the Foreign Ministry at Universiti Malaysia Sabah (UMS), here yesterday.

Anifah said that the committee would discuss, among others, the review of the 20-Point Agreement and the issue of Borneonisation which were brought up by Jeffrey and Yong.

He also said that the committee would discuss financial issues raised by constitutional lawyer, Edmund Bon which are; a second review of the 40 per cent special grant under Article 112D of the Federal Constitution; a special grant of 40 per cent of the increase in net revenue derived by the Federation from Sabah since 1974; levy of a royalty of up to 10 per cent in respect of petroleum extracted from Sabah; and a proportion of the export duty levied by the Federal Government on such petroleum ex¬ported from Malaysia.

"This is not a question of us as Sabahans going against the Federal Government," said Anifah, who was also the moderator of the fo¬rum, adding that it is important for Sabah to get what it deserves.

"This is not for me or for Jeffrey or any one of us but it is for all of us and our future generation," he added amid thunderous applause.

Anifah added that the issues raised by the speakers were not grievances but rather, these are is¬sues raised by Sabahans on promis¬es which have yet to be fulfilled.

"This is not a confrontational approach. It is something nego¬tiable. This does not mean that whatever decisions we have come up with are 100 per cent true but what is important is that this is a platform for us to raise these issues which would also go through further studies.

"This does not mean that whatever we say and come up with have to be complied by the Federal Government. That is why it is important for the committee to be set up to study these issues," he said further.

He also said that if the people find that whatever that will be dis¬cussed as not enough or inaccurate, there would be more reviews of the issues.

"It is also important for history which has been studied carefully to be documented and this is one of our goals.

"If we do not have accurate information, people will have false assumptions and the future generation will be misled. It is important for the facts we present to be accurate so as to not confuse others," he added.

The forum saw the panelists speaking on various issues such as the review of the 20-Points Agreement, Borneonisation, the Inter-Government Committee Report and revenues to the state from the Federal Government.

If they managed to put their case together with the right facts - historical and legal, there is every reason that Sabah will benefit from this unity of mind and purpose, and the maturity and rational of their politics.

The most will be on financial matter. Read Sunday's Borneo Post elaborate Edmund Bon below:

The Federal government will have their own view and interpretation of the agreement.

Both Jeffrey and Teck Lee touched on security issue as part of 20-pont agreement and Borneonisation.

Maybe it touched on the nerves of those servicemen and policemen from Semenanjung involved in security that risk their lives. Shouldn't be talking about Sabahan wanting to be the boss but have those working on their safety to be subordinate.

However, we should understand their frustration as the Sandakan incident is not the first but the third in recent time. Last week a seafood restaurant in Sandakan was raided by an Abu Sayaf terrorist coming from the sea and one lady abducted in a matter of minutes. 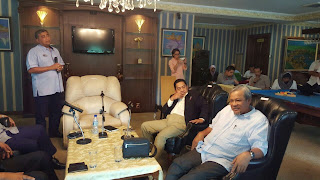 This leads us to a leisure media session with the IGP, Tan Sri Abdul Khalid Abu Bakar on Tuesday.

The Lahad Datu incident was mentioned as he explained the need to cut barter trade ties with the Southern Phillipines. It must have been something the police had wanted.

We got to know that the military had long wanted the sea lane be restricted in order to contain them but the decision from the civilian government had been too long.

ESSCOM comes under a Minister in charge in the PM's Department. The switching of organisation leadership of ESSCOM between police and navy need to be resolve once and for all. A stable structure is important at this stage of building up capability and capacity.

In the session, IGP talked too about terrorist threat as being for real. He shared the number of IS terrorist estimate and it was astonishingly more than one made known to us few years ago.

There was a question posed to the IGP.

"Without the ISA and EO, are the current law sufficient to address these threats?"

That was when he came up with a classic answer of significance to many activists - right or left wing, liberal or conservative.

"Forget ISA and EO. Lets be realistic. We will never have it back. We now have POCA and POTA!"

Over tea, he was asked, "Is it better than ISA and EO?"

His answer was "Insya Allah".

Oh yes, IGP wanted to us to highlight that crime rate is on the way down but it somehow did not convince many including Dato Nuraina. [Read her harrowing experience here.]

Someone called us to accuse the KPI was readjusted. Reckon that will come with opposition from Dato Ayub [seen far right in white shirt], the former CPO of Penang and Director for NKRA. Now retired and regularly seen at our neighbourhood Masjid.

Sabahan better be realistic. They ask for too many things. All those natural resources... it wasn't their grandfather who planted the timber trees. It wasn't who pumped the oil and gas into the seabed.

They have to ask themselves. Other than the natural resources that are already in existence, how many of them actually contribute back to national development? Most of them prefer to remain in jungles and shacks. And yet, drawing aid from government.

If they let the politicians have it their way, it would just be the transfer of authority and control of natural resources from the federalized Malaysia to people like Jeffrey Kitingan and Yong Teck Lee. Nothing more.

In 1974, Sabah was poor and had no much economy going.

If the Federal govt had stick to the formula, then there would be not much to give for Sabah.

Under Pak Lah time, he had allocated additional RM1 billion for Sabah and Sarawak. Will that no be more then the allocation shd the 40% applied.

Sabah can ask the sky and find something in past agreement and minutes of meetings to justify but is it realstic?

For one it is not realistic to ask for 10% or 20% royalty on the revenue side from Petronas.

If they could do that then what is to stop other states who view sabah and sarawak as a state in Malaysia as per Malaysia agreement.

Sabahan have every right to seek prosperity but they have to work for it and not live by perpetually arguing for their rights and make blaming every other thing on Federal Govt. a national pastime.

Prosperity cannot be made from seeking handouts or blackmailing for handouts but from sound economic policy and its implementation.

Since they are blaming on Federal, what happen to Sabah single important wealth and that is logs? Who absconed with the wealth from the logs that there is none left now? Federal govt?