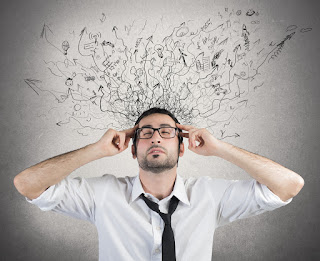 An Australian social researcher, Hugh Mackay was quoted as saying: "Nothing is perfect. Life is messy. Relationships are complex. Outcomes are uncertain. People are irrational."

That is a pretty strong generalisation of humanity. However, Mackay is not the only one to think in that manner. The author of a book entitled Boiled frog syndrome, Marty Rubin claimed "Man: an irrational being who imagines himself to be a rational one.”

In recent times where every other Malaysians seemed to stress so much on the importance of managing perception beyond the need to understand facts and sound arguments, we wonder how many of these self-professed experts in psychological warfare have heard such a strategy called boiling frog [Read it here].

The interplay of perception and deception has much to do with human irrationality. These days it is so  noticeable that there will be those that attempt to win argument after getting factually quashed by justifying that it is what people out there are saying.

Was there ever any properly held survey to affirm that view or it is merely a random opinion taken from within close proximity of friends? We tend to believe the latter than the former. 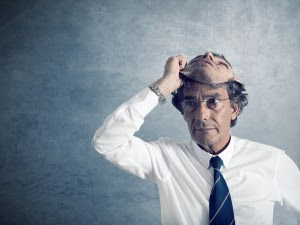 As we see it, "Deception and perception play are tools for and by those ill informed and devoid of knowledge.

"It thrives on simplistic argument for the gullible small minds and ignores complex issues in play. These days perception of the ignorant masses is given so much consideration that it destroy good governance and made politics revoltingly shallow."

That view has strained friendship.

However, it is inevitable when one side irrationally expect upon us to blindly agree to some unclear allegations. While, another befriend us but covertly accused us irrationally as still covorting with the aggressively attacking side.

So independent thinking with any attempt of rationality is not welcomed.

A reknowned American psychologist Albert Ellis said, "If something is irrational, that means it won't work. It's usually unrealistic."

Will that mean it won't work and both sides are unrealitic? At least the reality that we know is best depicted by the Malay proverb, "Menang jadi arang, kalah jadi abu." A no win senario.

We thought yesterday that in our attempt to present information and facts from both side of a divide in current thinking, it could put right to wrong and let disagreement be factual and based on sound and rational arguments.

That attempt to induce rationality was encountered with a rude awakening and only proves Malay feudel psyche that comes with blind loyalty is too well imbedded and made deeply rooted by perception.

Such psyche could override the mental ability of those in professions of expertise that should presumably be of scholastically above average intelligence.

It is time to resign to the words of author of the book "How to Deal with Irrational People: What to do When Common Sense Fails and "Crazy" Behavior Prevails", Paul Colaianni.

He said, "The most important thing to remember about confronting an irrational person is that they are usually attributing an inaccurate meaning to a situation causing them to react irrationally."

We had learned a bit or two of Quantum Mechanics in the few Chemistry and Physics courses, including advance ones, taken back as an undergraduate Science student in New York (state not city).

As we understood it, quantum mechanics was a field that attempts to understand the physical world and the universe as a whole by introducing the simple (and presumably rational) mathematical concept of probability into then existing body of knowledge of physics.

The mathematical treatment and application to the theory is so complex that it looks ridiculous and irrational to the unlearned.

The interesting part is that this irrationally perceived body of knowledge is applied in an attempt to understand the irrational psychology of man. It is assumed that "those supposedly irrational choices merely reflect the fact that people’s brains are guided by the mathematical principles of quantum physics."

It was found that quantum probabilities was able to explain as to "why public opinion polls get different results when the same questions are asked in a different order." This are questioning trick of trade often used by Merdeka Centre and later UMCEDEL.

Since quantum mathematics is applied to an unquantifiable aspect of human behaviour. does it mean human thought can be applied quantum mechanics quantification?

Physical phenomenon explained by classical physics has an underlying quantum explanation that is more universal in the explanation of physical state, characteristics and phenomenon. It will imply that the simple ordinary reality has a hidden quantum probabilistic reasons.

The researcher Professor Wang explained in the article as asserting that human judgments “are often not simply read out from memory, but rather, they are constructed from the cognitive state for the question at hand.” 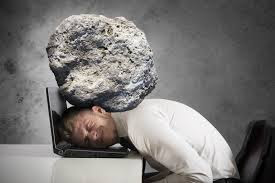 This relates to an article by "activist" George Dvorsky in the Alternet [read here] on the 12 flaws in the brain cognitive process that leads to wildly irrational decision including concluding on mere perception and heresay.

The first among 12 was confirmation bias as in "we love to agree with people who agree with us." Another similar brain flaw is in-group bias or some innate tribalistic tendencies.

So when such tendencies has become too over bearing that it could damage one's cognitive state, the only option to maintain sanity is to leave such tribalism.
at 5/28/2015 09:47:00 AM

Getting out of hands these days.

While these theories are simply impressive intellectually, can you just put it to practical use?

Can we deduce that UMNO members are truly irrational, overly loyal to their leaders, pledging solidarity to the ONE even though most are plagued with DOUBTS.

Kelab Syiok Sendiri is akin to the "boiling frog" syndrome.

Like the claim that is what people are thinking, I don't have a survey to back me so this could be an irrational opinion. Since it is the opinion of common people, it is rational.

I can confidently say based on the many fence-seaters I have encountered that there is one common attitude.

They are fed-up with today's over politicking. They want to hear things that make sense and some honesty be it by government side or their detractors. Stop thinking that their statements cannot be seen through as cheap and obvious perception play propaganda.

The pro Tun M people are motivated to bring Najib down at any cost to even lying. There is no credibility there.

The pro dato Najib seemed not to want to answer issues openly and thus making them lose credibility. How could govt not knwo what is happening and give immediate answer.

We fence seater (... ouch our ass) know there is problem with 1mdb but it is sickening to hear of too many cook-up stories. Most obvious are the ones claiming to have received documents, proofs and correspondance but not publish it.

We are smelling (but not confirming) there is cover up when govt try to buy time to answer questions and recently the 2 CEOs could not ready in 3/4 days when they had known this is coming.

We fence seater could sense that this 1MDB thing is not about GST policy or Br1M policy or about rakyat.

It is actually about old IPP tycoon fighting new IPP tycoon and Tun M is backing the IPP tycoons that made RM100 billion from public coffer and gobbling up RM19 billion a year of subsidy!

It is also not irrational because it is about sheer power play.

This attempt to understand the psychology of what is happening is useful. Without elaborating any further, it can be fast forward to conclude that the stimuli to get mass reaction in the irrational world of Malay politics is not truth and righteousness but lies and deceptions.

It only shows the Malays moral compass between right and wrong, interest and principle have become blurry and can be manipulated. Contemporary Malay culture and values is on a slippery slope, thus Malay politics that represent the Malay masses thinking have and will forever fail to put the order of things in the right perspective.

Economics is based on rational behaviour. If people are generalised as irrational, that makes economics an obselete subject. Hehehe .... psychologist will have to step up to the plao replace economist in drawing up public policies.

Economics is rational science based on human's irrational behaviour. For example, Lux beauty soap can turn you into a beauty even if you are born naturally ugly.

Men will purchase a car advertised with a sexy woman even though it is twice the market price.

Cow's milk can turn your children into genius (even though cows are deemed daft).

UMNO will survive PRU14 - just by displaying SOLIDARITY, even though the UMNO boat is leaking.

The power of belief is highly irrational - waiting for miracles in 2015.