With the same 'ol shit up there, it'll be tough for Mueller 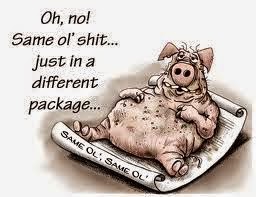 The Malaysian Insider was trying to give a tad of confidence to the new MAS CEO, Christophe Mueller. With a Mat Salleh, suddenly every other person could have a sense of renewed confidence.

He made one statement on the 180 allowances, which include bicycle allowance that drained MAS financially [read here]. Suddenly, the colonised psyche Malaysians only realised of the financial leakages within MAS. It is as if it never had been said before.

This blog used to expose such examples as engine sent for MRO missing and kueh ordered for VIP lounge are over ordered and over charged. Together with the expose, raised also was the problem of selfish and self centered unions that lead to such ridiculous allowance demands.

Anas Zubedy wrote in TMI of "... beginning to like this Mueller fella" for thinking he is as frugal and responsible on public funds as he is. Dr Tan Eng Bee expressed confidence and thought "... MAS should see better days" should they be able to Manage, Act and Serve (M.A.S.) well.

Unfortunately, TMI made a boo boo in their attempt for giving coverage to so-called NUFAM President Ismail Nasaruddin.

They quoted the sacked, womenising, trouble maker, and vindictive [read his exploits here, here, here and here] former MAS steward trying to bodek to Mueller to get acknowledgement. [read here]

MAS do not acknowledge NUFAM and MASEU had protested to their existence [read JMD here]. NUFAM was not invited to the recent meeting between union and management.

These are among the reasons NUFAM is constantly vocal and hogging the media to the extent of meroyan [a shining example here]. Ismail need NUFAM to cover-up his compromised reputation, moral, family and maybe financial.

Good thing is TMI published a Reuters report. Read below: 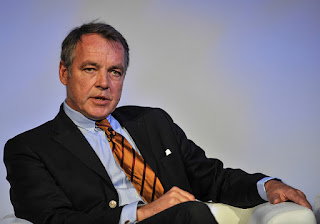 Malaysia Airlines's new CEO, Christoph Mueller says the goal to achieve profitability could be difficult given depreciation in the ringgit against the dollar. – IATA pic, May 31, 2015.

New CEO Christoph Mueller's plans for troubled Malaysia Airlines - including a new brand, a smaller fleet and one third less staff - are widely seen as a promising blueprint for a fresh start.

The 52-year old German has successfully restructured Ireland's state-backed Aer Lingus and spearheaded a revamp at Lufthansa. He has also already impressed in his new job with his micromanaging ways, according to one long-time Malaysia Airlines executive.

Even so, many analysts worry that the state-owned carrier's long history of mismanagement and government interference, and its severely damaged brand after last year's two plane disasters will be too much to overcome.

"You can't parachute in someone irrespective of how sterling his previous record shows and expect him to do a job with an airline that's been abused for two decades," said Shukor Yusof, an analyst at Malaysian aviation consultancy Endau Analytics.

In addition to an unprecedented need to build a completely new brand after the disappearance of flight MH370 and the shooting down of MH17, Mueller must slash costs at a time when the airline faces intense competition from other full-service carriers and budget airlines.

Forced to fly to unprofitable destinations to promote Malaysia's foreign policy agenda, keep on more staff than needed due to powerful unions and to hand out contracts to politically connected firms, the airline has been saddled with a cost base 20% bigger than its peers, analysts say.

Mueller, who speaks directly and concisely, is well aware of challenges.

It is the government who is funding. What they want in exchange is a new national icon, a new national carrier," he told Reuters in an interview last week.

"I'm hired to run the new company entirely on commercial terms and there's very little margin for error," he said.

Mueller, who joined the airline's board early this year and became CEO last month, added that he was aiming for a much smaller network and fleet and a sharper focus on cost-cutting - some of the strategies he pursued at Aer Lingus which was on the verge of collapse when he took over in 2009.

Efforts to rationalise the fleet have, however, hit some early speed bumps with the carrier so far unsuccessful in finding buyers for two A380 aircraft that it has put up for sale.

Mueller was also not shy of resetting some expectations.

Khazanah Nasional Bhd, the majority stakeholder that took the airline private last year in the wake of the plane disasters, said last August it wants to see the carrier profitable by the end of 2017 and to re-list in five years.

Mueller said in the interview, however, that the first goal could be difficult to meet given depreciation in the ringgit against the dollar that has taken place this year.

On the plus side, analysts are pleasantly surprised that Malaysia Airlines' owner Khazanah, a state investment firm, has agreed to a clean break from the past - including the dismantling of old labour unions that have stymied change.

Some are optimistic that given time, Mueller has a decent chance of being able to work things out.

"The airline needs to simplify its fleet and network whilst facing many competitive and reputational challenges. But given the growth dynamics of the region and the geography of its KL hub, I believe that success can be achieved over the medium term," said John Strickland, a UK-based independent consultant.

As it confronts those challenges, Mueller's meticulous nature is expected to be a key asset - even if it ruffles some feathers.

"He takes an interest in very minute details," said the Malaysian Airlines executive, declining to be identified as he was not authorised to speak on the matter.

"Some don't like the fact that he is a micromanager, but we badly needed someone who pays attention to everything." – Reuters, May 31, 2015. 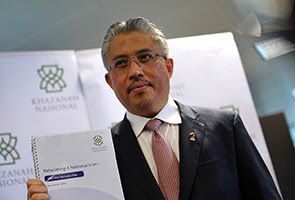 The common factor through out the failed turnaround effort from 2001 to 2015 is and will remain to be Tan Sri Azman Mokhtar and Khazanah. They are still instrumental in preparing the 29 August 2014 document, MAS Recovery Plan. This blog's response then was "Frankly it's the same 'ol shit from Amokh".

They are still at it as "Know-nuts Khazanah gave know-nuts Consultan to stir more shit in MAS".

Basically, Khazanah are too laden with typically "accountant" mindset executives to cut cost and scale down operation at the whim of any problem. They have neither the creativity or ability to develop the revenue side of the business. 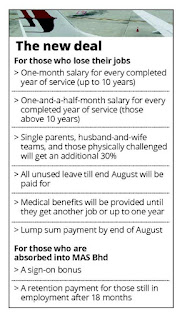 Dr Tan Seng Giaw may have meant well to ask Mueller to be given a free hand to do his work [read past posting here] but not when he has to do the same 'ol shit given by Khazanah.

If Khazanah had turned for the better, how come the supposedly already prepared letters cannot be out last week but have to wait till Monday tomorrow?

They incompetently are not aware of the Collective Agreements and quite sure, it is not in their maths when they prepared the Recovery Plan. The new deal only came about after union leaders met PM to highlight the CA.

Despite being reported in the papers, there are still no official announcement by neither MAS nor Khazanah to affirm the report.

Bro.
Stupid decision by Khazanan to spend another $10 billion to develop a new airline MAS bhd.
Malaysia too small,no need another airline.
Cheaper for Khazanan just to take over Air AsiaX and change the name and the concept..

Let Mueller do his job. Do not disturb.

Wait til pembangkang buka mulut.. Everything will trumble. They just want everything to be wrong in order for them to be right..
This is their 'duty'..

Has Khazanah ever asked itself how Singapore Airlines managed to get it right, despite SIA being based in a tiny "little red dot" city-state where every flight out of Changi Airport is an "international" flight?

SIA operates in a higher-ups environment than MAS. It (SIA) faces cut-throat competition from full-service carriers and LCCs, but it has never asked for protection from the Singapore government.

It's shameful that Khazanah and MAS's top management couldn't learn from one of the world's best airlines just across the Causeway!

What of the role of the Malaysian government in the MAS debacle? Which Transport Minister has stepped forward to accept responsibility and take the blame?