Will PAC be effective and fair? 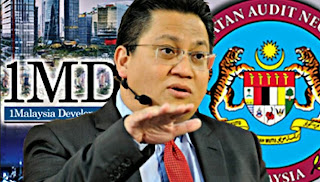 In 6-days from now, on May 19th, the Public Accounts Committee (PAC) will begin their enquiry on the hottest issue of Dato Najib's administration i.e. 1MDB [read Astro here]. The various stakeholders will be called in to present their case and answer enquiries by the 14-member committee.

It is quite a surprise for PAC to begin convening already. Maybe the public pressure has intensified to the point that there should be some progress made. Najib still refuse to answer various allegations on 1MDB but prefer to wait for Auditor general finding. Pressure is piling by the day and minute thus PAC need to commence to relieve off some pressure.

At the early stage, it was the pro-opposition business publications and portals then interspersed by few journo-blogger and opposition leaders. Tun Mahathir came in with his "questions" [read Jebat Must Die list here] and now call have come in from within UMNO. It was only in early May that Auditor General (AG) said audit had began [read MI here] and it will only be ready by June [read Astro here].

Experience tells that PAC could be mere cover-up [read past 2007 postings here]. But, this is a different administration. The concern now is in the effectiveness and fairness of the PAC process.

PAC is a committee established under the standing order of Parliament for purpose to "examines public account and responds to the Auditor General report on issues involving misappropriation of public funds, and government efficiency and/or ineffectiveness" [Quoting from a paper by Assoc Prof Dr Zakiah Saleh and Dr Haslina Abu Hassan here]. 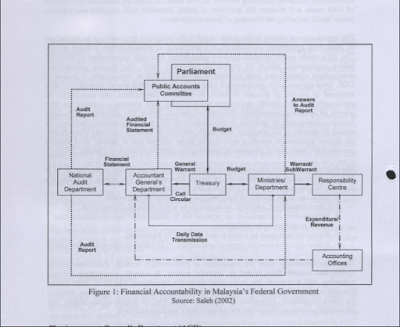 Looking at the workflow chart extracted above, PAC works closely with National Audit Department (NAD), and Accountant General's Department. In the due process of examining public accounts, the various Ministries and Departments will be involved.

PAC relies on the AG's report to initiate investigation on misconduct. This time they will begin without any report from AG thus presumably PAS will be conducting their own "investigation" by calling up the stakeholders.

It is rather odd because other than a few, PAC members are only politicians and not trained and skilled in undertaking auditing, or any form of investigation. With only 1 adminsitrative staff, PAC is not staffed or budgeted to take in staff to undertake investigations. They could not override the AG and direct the NAD staff but they could use "the NAD staff and expertise for its investigation and reporting tasks".

PAC's roles and responsibilities are to inspect:


1. Accounts of the Federation and the appropriated public expenditure granted by Parliament'
2. Accounts of public authorities or any body handling public money,
3. Reports of the AG, and
4. Any other deemed fit by PAC or Parliament.

So enquiring into 100% government-owned 1MDB is within their scope as to ensure things are accounted for, within approved legislation, specified rules adhered, accounts maintained and things done in accordance with approved provision.

They can called on anyone and request any documents. To refuse, it is an offense. But with all that power, they can only:

Can PAC be effective?

Experience tells that PAC can and have been manipulated in the past.

They say it is because of BN majority in the PAC membership. In that case, SELCAT in Selangor and Penang should allow BN to be the majority but not so. Thus lets not be politically naive to expect BN to allow it.

By the look of things, PAC Chairman, Dato Nurjazlan Tan Sri Mohamed doesn't play games. He is serious about his role and does not mince his words. A distinct difference between ANSARA product and MCOBA (look up past PAC Chairmen).

Questions on PAC ability to undertake investigation has been posed. Their effectiveness raised. How about their independence?

PAC is mostly politicians and their partisan biasness cannot be ignored. More important, some have already express their stance on 1MDB before participating in the PAC enquiry. The Rakyat Post published this letter from reader TS Kong below:


Can PAC be impartial?

PAC have lost semblance of impartiality to begin a hearing 1MDB since its members have either made allegations or statements about 1MDB and thus they have prejudged the matter.

MANY Public Accounts Committee (PAC) members have either made allegations or statements about 1MDB. They have prejudged the matter.

With PAC going ahead to question 1MDB, it would be against the interest of justice and impartiality for PAC members like Tony Pua, Kamarrudin Jaafar and Dr Tan Seng Giaw to sit on the panel.

As accusers, won’t they become judge, jury and executioners by virture of their role as PAC members? If so, PAC can no longer be seen as impartial panel. After all, Tony has already found 1MDB guilty.

Shouldn’t Tony and all PAC members who have prejudged 1MDB be excused from the PAC panel? Is this not the right thing to do in the same way the Opposition has asked for some judges to be excused for the sake of a hearing being impartial.

Instead, they should be called by PAC as witnesses to produce evidence supporting his allegations. When faced with allegations, wasn’t it Tun Dr Mahathir Mohamad who asked…”where is the evidence?”

Tun M is rightly relying on the rule of law and the principle that one is innocent until proven guilty. Burden of proof lies with the accuser.

So, shouldn’t Rafizi who is Member of Parliament and every other MPs who repeated the allegations, such as Lim Guan Eng and Lim Kit Siang, be called to show proof. Or as lawmakers, it is a privilege to break the law.

The simple fact is PAC members, having made allegations and statements about 1MDB, cannot be seen as impartial. They have prejudged the issue. PAC have lost semblance of impartiality to begin a hearing which Nur Jazlan has said could lead to criminal charges.

Common sense dictates that PAC cannot hear the matter and should leave it to the relevant authorities to investigate, and base on strength on of the evidence, take it to court. Only then can there be a fair hearing.

As it is, it is already an endless trial by media. With all the hostility and political tones as well as under tones, a PAC hearing may become a kangaroo court in action. 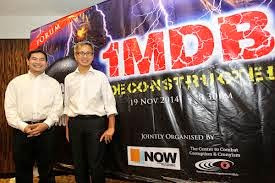 Tony Pua is part of the "attacking team" on the 1MDB issue which include Rafizi.

There are a long string of issues on 1MDB raised by himself and Rafizi. If there is anyone that should excuse themselves from the PAC enquiry for prejudging and thus biasness, it will be Tony Pua.

His name have been bandied about in the blogs and social media to represent the interest of YTL. While Rafizi is accused of getting payments in an overseas account.

In the case of Dr Tan Seng Giaw, he showed glimpses of pre-judging 1MDB in his three postings in his blog here, here and here but it is quite arguable. Dato Kamaruddin Jaafar had pre-judged 1MDB in a statement that was reported by Harakah [unfortunately can't find the link yet].

One can go through the list of PAC members [read here] and google their name with 1MDB for statements they have made.

Yesterday, Minister and Transparency International President, Paul Low was reported to call on all to not prejudge and wait for AG findings [read MI here]. Looks like even PAC cannot wait and is pre-judging.
at 5/13/2015 10:21:00 AM

Please make a noise of this. Tony Pua and those who already made up their mind about 1MDB should be excused from the hearing. I hope someone will raise this question to NurJazlan. And I think he too had made a statement against 1MDB. So if that's the case then maybe the only way is to form a royal commission?

It's an easy guess dude. Nur Jazlan is an UMNO MP who reports to PM. Obviously he wants to climb up the ladder thus must make sure the boss is happy. Bodek culture is what UMNO is all about.

Nurjazlan is as frustrated and noisy as saifuddin abdullah but he is a smarter and brainy ansara unlike sodomist mcoba saifuddin.

He is an accountant. Saifuddin does rhetorical subject of social science.

He does that and he is finish in pulai.

pls do not propose tony pua from the hearing la, why don't we let him show how smart he is. hehehe, gud luck tony pua.