"We are businessmen. We are not politicians." 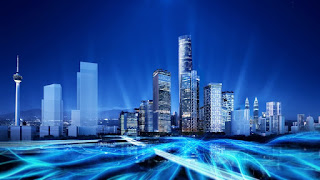 Someone told us yesterday that there was a corporate event last Tuesday. During the press conference after the event, one of the company personal express interest for the controversial TRX land.

A reporter asked as to why they wanted the strategically located and said to be the last major piece of land in Kuala Lumpur but controversial land of the currently in a hot soup 1MDB.

The answer given was a classic and worth to be quoted, "We are businessman. We are not politician." Do not expect Sarawak Report or The Edge to highlight that quote. 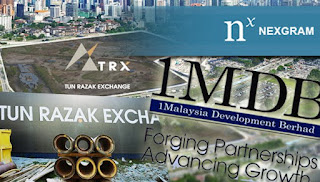 Upon googling TRX land in Google News, we found the following The Star report:

"We are in talks with 1MDB and have voiced our interest to participate in the development of the project," its executive director Alan How Han Lun told reporters on Tuesday.

"We will know not too long from now,” he said.

Asked why the company would want to be involved now with the company, How said there was still good potential with the development.

How was speaking at the sidelines of the signing ceremony with the construction company with China’s MCC Overseas (M) Sdn Bhd to develop two projects worth RM1.5mil in Cyberjaya and Putrajaya.


Maybe it is hard for us to believe this MCA paper but staffed with DAP supporters. Bernama has a report also:


Nexgram In Initial Talks With 1MDB On TRX Land

In a statement to Bursa Malaysia on Thursday, Nexgram said it has not determined the type of development to be carried out, and whether it will be by the company on its own or in a joint venture with another party.

The statement was issued as clarification to a media report yesterday saying that the property developer "is eyeing the last available acres of land at 1MDB's Tun Razak Exchange" and that it has an "interest to participate in the development of the project."

Nexgram said it will make the relevant announcements in accordance with the ACE Market Listing Requirements of Bursa Malaysia Securities Bhd once the terms of the acquisition have been determined, and an agreement is formalised and approved by the Board.

The ongoing market rate for TRX land for local is heard to be about RM3,150 psf. 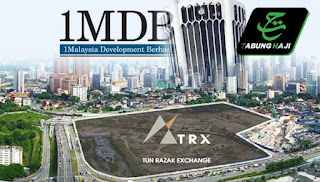 Tabung Haji bought at RM2,774 psf at an offer made three years ago but was only recently taken up. An ensuing controversy with 1MDB put the land into a political play with accusations of bailout and unfair low price given to 1MDB.

The explanation that it is a G to G preferential transaction and profit to be earned from the premium on the parcelled prime land will still remain with government albeit a 100% government company still not go down well with the cynical public.

They refuse to accept explanations on the role 1MDB played as Master Developer to clear logjam, buy adjacent land at market price, address sensitive issues and create value for the parcel out land. For an understanding of the role of Master Developer, read this 2011 presentation here. Examples of Master Developer are Iskandar Waterfront, Kwasa Land, Setia Haruman, etc.

Certain segment of the public refuse to disengage politics from what is purely a business decision. Not even explaining the comparative land price offered to TH was 16% cheaper than the MRCB purchase of German embassy land at RM318 psf could help get them out of the amuk and hysteria mode.

TH had never applied for the piece of land and was only attracted to the deal upon special preferential price and good packaged offer made by 1MDB to local institutions. The 1MDB land was sold with full planning permission as per the masterplan. All TH has to do is complete their building design and off they go.

In addition, 1MDB will be spending over RM2 billion in infrastructure claimed to be the best in KL and surpass any other standard infrastructure being offered by leading developments in KL city centre. The infrastructure components will be delivered by the master developer to the plot boundary.

This infra include:
Beat that all you politicians out there!

Unfortunately, TH is dead set on selling it and rumours has it that it is sold. The Malay and Muslim can only regret and find excuses to please themselves or blame on others when Chinese and foreigners fill up the skyline of TRX.

They can thank Benchmark for responsibly scaring the public out of their ignorance of business. It was only short of a bank run on TH.

Otherwise they would have got themselves into the history books of Malaysian banking to join the luminous few like Maybank, MBf, cooperative and few others incidents of bank run that destroyed financial institutions.

The market price of RM3,150 psf is still priced for local institutions and companies but for foreigners, it will be more expensive.

As an indicator, the highest done land in Kuala Lumpur is on the site of Pelita Nasi Kandar on Jalan Ampang. Priced at slightly more than RM3,300 psf, the land was purchased by Oxley Group of Singapore and come bare without any Development Order or plan. The person destined to be the CEO of the development company is former PKNS GM, Dato Othman Omar.

Obviously no transaction was yet being done at RM7,000 psf. 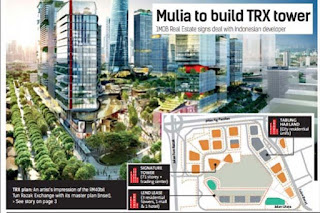 On May 12, Mulia Group of Indonesia signed a deal to buy the first offered plot of TRX land to TH at RM185 million for land and including the Signature Tower, it comes up to RM665 million. Reuters report here and more details in The Star here.

The land cost works out to slightly more than RM3,200 psf and it comes with goodies available for developer to work on.

There was a tad of regrets as many seemed to change their arguments from questioning TH purchase of the land to why the deal was for full payment. Easy to answer. When a property is so hot, any experienced and season land man knows Master Developer can dictate the term.

The political language goes to claim Mulia is run by an Indonesian criminal fugitive in which it make no sense since Mulia is based in Indonesia [denial reported by Mkini here]. Even business paper The Edge tries to discredit the transaction by questioning the speed the deal with Mulia.

So the Melayu be them UMNO or PAS or PKR can continue to quarrel and run themselves to the ground. The Cina and businessman does not have time for quarrels that foresaken interest. They are swiftly grab opportunities that present itself.

Don't run away from the issue. The issue here is the Malay leaders and the PM himself is accountable to hijacked the land that is supposedly to be developed by the govt for the malays under the Yayasan Pembangunan Hartanah Bumiputra. That's why the land was sold cheap in the first place. 1MDB hijacked that and try to develop it with the arab group, Mubadala which has a rotten record in Iskandar.

Najib is a traitor to the malay race. That is the issue.

and 1MDB bought that land from the government (with Najib approval) for only for RM64 psf....

1MDB is like a son who wants to set up a business. He has no money. So he approaches a bank to borrow RM400k. The bank wants a collateral. He persuade his father (the Government/ rakyat ) to surrender the family home (TRX land) as collateral. The father obliges. After receiving RM400k from the bank, he gives his father RM10k, spend RM90k buying an ailing business and the rest of the money he spends on his girlfriend. Now the son has no money to service or payback the loan. Now he cannot borrow unless he has other collateral. So the only recourse is to sell the family home which can fetch RM500k on the market.
The only difference is that, he has no suckers (GLCs) help him out.
Technically, he earns a profit of RM100k after selling the house, which is good business for him. But the father (government/rakyat) will have to suffer.

tahniah kepada kita semua. i hope someone buy the land asap, and we would have the delightful news smacked on the front pages. takpelah, kita berniaga nasi lemak je lah depan bangunan atas tanah TH kat TRX tu. now that would be some view.

I believe that if TH does go on with plan to develop TRX Land, it'll offer a lot of opportunities to them and gain a lot of profit. It'll also creates more chances for muslims to attend hajj. But knowing politics, they will abuse the development via bureaucracy, nepotism, favoritism that will only cause their downfall.

G to G must be a difficult concept for this understand.

These days government do sell land at premium to developers. What is the difference with 100% owned govt company and 100% government selling land.

At least there is added value and lots of it to justify the premium.

It is no more a case like sngor govt sell land to pkns but the state company could not package it due to numerous problem.

Next to cyberjaya is a fine example.

If yayasan had made progress, why then was their caveat removed easily by 1mdb.

Wonder was there progress made by pnb? Orherwise the caveat could have stick.

easy to have people in high places isn't it?

Someone said she's not a politician, but the existence of a full-fledged First Lady of Malaysia (FLOM) division in the Prime Minister’s Office (PMO) proves that Najib Tun Razak lied to the Dewan Rakyat when he said his wife Rosmah Mansor had no staff of her own, opposition Member of Parliament Teresa Kok said.

even if TH were to develop this on its own the end buyers would be non malays anyway. see pkns datum jelatek. so the argument that malays are the losers in this deal is just spin and a poor one at that