Take the money and leave that hell hole! 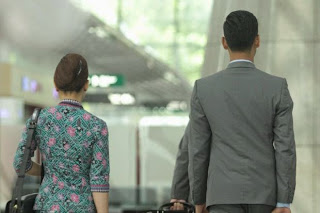 Till this week, in which letters supposed to be out, there had been no talk inside MAS of the compensation for terminating employment contracts.

For many months, the rumours in MAS on the compensation was a gloomy picture painted. The retrenchment compensation will be peanuts, something like six months last pay.

Some staff believed the rumour was spread to deter the good senior ones from leaving. Someone up there at Khazanah wanted to play into the minds of MAS staff that should they decided to go, it will still be tough as money will run out soon.

Someone up there worry of an exodus of senior and good staff because they have made working condition deplorable.

As it is, morale is low and company has taken away necessary conveniences to make working condition conducive and efficient. For the past few years, management does not care for the staff any more but demand top performance surpassing KPI.

Since the deal is better after Khazanah could not squeeze the staff jewishly, suggest the senior ones take the money and leave. These losers at Khazanah are dealing with peoples' lives and yet they want to play games.

On the way out, shove something up the inhumane and incompetent; Tan Sri Azman Mokhtar and Khazanah's ass! 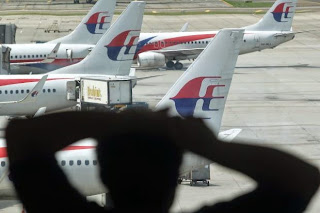 PETALING JAYA: In a last minute change of heart, more than a third of the 20,000 Malaysia Airlines (MAS) staff will be getting termination payments according to their collective agreements (CA).

The move reverses earlier reports that the payments would be about half of what is spelt out under the CA, something which left the staff very unhappy.

Some say MAS had bowed to pressure from unions to finally give such terms, but a source close to the matter claims “they had always been working on this suggestion but the unions did not know about it”.

Whoever’s idea it may be, the unions appear to have managed to reach the corridors of power to intervene on the severance package.

Yesterday, the airline’s nine union leaders were told that the staff payout would be according to the CA and this was received with much cheer at a meeting held at MAS with the airline’s parent body Khazanah Nasional Bhd and MAS officials.

A large chunk of MAS employees are unionised.

“It is a welcome move. It is politically and morally the right thing to do, to pay according to the CA. That is what we should get and what we deserve. 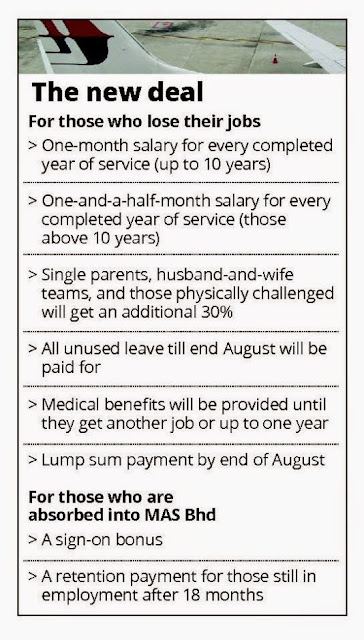 “Fortunately, they did not use the MAS Act 2015 to circumvent. Unfortunately, not all of us will be re-hired by MAS Bhd,” said an employee.

Christoph Mueller, the CEO of MAS, was not present at the meeting, but he sent a memo to his staff late yesterday evening disclosing the latest details which were “in line with the Prime Minister’s commitment that MAS restructuring reflect fairness, compassion and transparency”.

MAS is scheduled to axe between 6,000 and 8,000 staff over the next one year as part of its plan to shrink into a smaller airline with regional focus. The remake of the airline involves the migration of assets and liabilities of the existing MAS to a new company known as MAS Bhd, which will rehire two-thirds of the workforce.

The memo said senior ­management employees (vice-president and above) and those on contract were not subject to such terms.

Those accepting the offer to join the new MAS Bhd, will be offered a sign-on payment and if they are still with MAS Bhd after 18 months, will get a retention payment.

Khazanah had initially set aside RM1.66bil for staff payouts but since they are now paying according to the CA, the total payout will be higher with some suggesting it may be as high as RM2.4bil.

Due to the change in heart, the 20,000 termination letters that were supposed to be distri­buted today by the airline will not go out as planned. But MAS is working furiously to have the letters sent out over the next few days so the staff will still get them around June 1. Those rehired will have until June 12 to accept the offer.

“The unions have also asked that the retiree benefits of four tickets per year at discounted prices remain but MAS officials said they needed more time to deliberate on it,” said a source.

To be fair and in accordance with Khazanah's so-called meritocrasy culture, the failed top management should not be given anything more but only six month last pay. These losers only deserve it.

Unless MAS staff need badly need the job to survive, the advice to senior staff is to take the deal and leave. Take up the assistance of CDC [read The Star here],

MAS target to get only graduates and below 40. This will only make working condition worse as the working culture of Gen Y are not something to shout about.

They are lazy, not serious and not dedicated to their work. Tendency to be self centered, inexperienced but bossy and obsess with pay despite being the first to leave at 5:00 PM. They have no loyalty, not team player and back stabbing will a norm.

Working condition will be a hell hole. Things will be done in strange ways unlike the glory days of MAS. Many units will be closed and merged. Existing unrealistic workload will be further burdened to carry out function from other units.

Christophe Mueller plan is as per the Reuters report below: 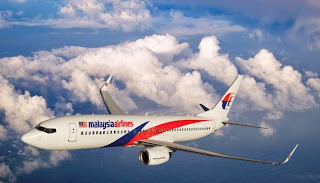 KUALA LUMPUR: Loss-making Malaysia Airlines is set to undergo a complete overhaul as it is restructured into a new company, with a rebranding that will be unveiled next week and changes planned to its fleet and network strategies.

Christoph Mueller, who joined from Irish national carrier Aer Lingus, said in his first ever interview since taking over as chief executive on May 1 that the new company will be like a “start-up”. A new name and livery are on the cards for Malaysia Airlines (MAS), sources told Reuters.

“It’s not a continuation of the old company in a new disguise, everything is new,” said Mueller, who helped turn around carriers such as Aer Lingus, Belgium’s Sabena, and Germany’s Lufthansa .

Khazanah said on Monday that the chairman of audit firm PricewaterhouseCoopers Malaysia has been appointed to oversee the move of MAS’ assets and liabilities to a new company, Malaysia Airlines Bhd, which is due to start operating by September.

The airline, which has seen successive years of losses, suffered huge damage to its brand after flight MH370, carrying 239 passengers and crew, disappeared in March last year, in what has become one of the greatest mysteries in aviation history.

In July, Malaysia Airlines Flight MH17 was shot down over rebel-held territory in eastern Ukraine, and all 298 aboard were killed.

Apart from the brand, analysts say that the key to a revival will be the management’s ability to reduce costs, deploy capacity more efficiently, create a profitable network that leverages on Kuala Lumpur’s position as a regional hub, and partnerships with other airlines.

MAS, in the past, was also hindered by disagreements between the management and the unions, which opposed job cuts. The government also interfered in the day-to-day running of the airline, and commercial contracts were often awarded to suppliers with political connections.

MAS has announced plans to lay off about a third of its 20,000 work-force, expected in the coming week, and will also shrink its capacity this year.

Mueller confirmed that the carrier has been trying to sell two of its A380s and will likely have fewer planes overall, but added that the new company will keep all of its current types of aircraft including the Airbus A330s, Boeing 777-200s and 737-800s.

Competition has been intense at home, where low-cost carrier AirAsia has taken much of the short-haul market from MAS and affiliate AirAsia X has provided stiff competition in the medium and long-haul markets.

The airline’s costs are 20 percent above its rivals and Mueller said it will take 3 years to close that gap and return to profitability.

“We are not without our weapons. It’s doable, and it depends on the vigor in which we pursue the cost reduction,” he said.

Orang putih will back each other.

A Melayu CEO will definitely be criticised by the international media and colonised minded Malaysians themselves. Tan Seng Giaw asked Mueller be given a chance [read MCA paper, The Star here] but did we hear that when Melayu was CEO?

As far as Khazanah, they prefer to be con by orang putih than get good and sound advise of Melayu and Malaysians. They ask for meritocrasy and cost effectiveness but they squander millions for staff entertainment at 16th floor Mandarin Hotel Club. 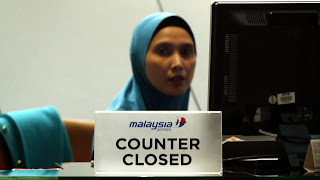 Troubled Malaysia Airlines is undergoing a complete revamp under the leadership of its new chief executive, Christoph Mueller, the former head of the Irish airline Aer Lingus. The overhaul will include shedding a third or more of its 20,000-person staff, using a smaller fleet, and possibly adopting a new name and uniform.

“It’s not a continuation of the old company in a new disguise, everything is new,” Mueller told Reuters in his first interview since taking over the airline on May 1. In some ways, Mueller is the ideal person to turn around the Asian carrier, which was already struggling with years of losses before two plane crashes last year that killed 537 passengers and crew. The airline hasn’t made a profit since 2008.

As head of Aer Lingus for five years, Mueller helped the airline compete with as well as fend off takeover bids from domestic rival Ryanair, while trying to placate striking unions. Last year, the airline reported an 18% increase in operating profit, before a one-off payment to unions.

Mueller, the first foreigner ever to lead Malaysia’s national airline, may have more trouble with union members at Malaysia Airlines, where half of the staff is represented by the Malaysian Airline System Employees Union. Some union members have told local media that they will stage a strike once the termination letters are given out within the next few weeks.

Anxiety among the staff is high. “It is a very sad period in our lives. I never thought this day would come when I first joined the airline more than two decades ago…I cannot even think about how I am going to pay for my house and car loans,” one employee told The Straits Times.

Before Aer Lingus, Mueller tried (and failed) to turn around Sabena SA before it declared bankruptcy and reinvented itself into Brussels Airlines. Analysts call him a “battle-hardened veteran,” and say he’ll need that experience as he embarks on one of the “biggest challenges” in the airline industry today.

Under the restructuring plan, Malaysia Airlines is moving assets and liabilities to another company, Malaysia Airlines Bhd, that will start operating in September. Mueller said that it would take three years to make it profitable again.

The offer should be last in first out, as normally practised. Looks like previous recruitment were not on need basis but nepotism.

Sack the leadership team for bringing MAS to this stage. They were a bunch of misfits who did not understand the business they were in, the changing business landscape, the upcoming open sky policy and globalization. They were happy to run their departments like their own personal fiefdom ruling over their subjects with their narrow mindedness and petty politics. How much of rakyat's hard earned money were used to prop them up? Nasi sudah jadi bubur.

Khazanah doing same ole strategy that had failed but still impose it on christophe muller. He will be implementing azman mokhtar strategy and not his. We know where azman mokhtar strategy had brought mas for the past 15 years. Their way of covering up is by still blaming tajuddin ramli. One and half decade yet khazanah cannot turnaround and rely on orang putih.