Didn't we say Tun M is wrong and go after Shahrol? 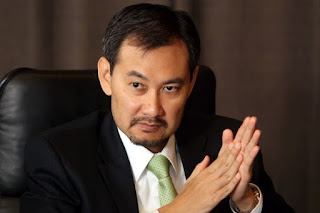 This blog started hinting way back in April 2015 that the person responsible for the crap faced by 1MDB was first CEO of TIA / 1MDB, Dato Shahrol Halmi.

But, the problem with many people out there is they do not read and lack sensibility in their logic. Seldom they are too quick at making simplistic assumptions based on limited public information.

Generally, there is a tendency to swallow every bull the old man dish out like a cow feeding hay at the hands of it's owner even though there exist a long list of erroneous facts.

Since then, we been inserting the fact that it is Jho Loh and Shahrol that is supposed to be investigated and not simply blame on Dato Najib. Patience must have run thin when it was blurted outright in the postings Presumed Guilty II and Presumed Guilty III in February this year.

Today, PAC report confirmed what we have been saying all along. Najib should not be held accountable but it is the management, specifically Shahrol as the one with the fiduciary duty is at fault and the culprit.

"There were also a few investments and huge loans secured that were done without proper valuation and its impact on the company's cash flow, said PAC."

Another report mentioned that the Petrosaudi venture "was done without a due-diligence process; there are no specific details on the project stated on the proposal paper that was prepared by management and no feasibility study was done".

In contravention to the Company Act, the "board of directors was repeatedly given inaccurate information" by Shahrol.

Shahrol has exceeded his authority and undertaken illegal transaction. He should be investigated and if necessary, charged. His irresponsible act have caused serious problems to the country's finances and reputation.

He was equally incompetent for not doing proper evaluation and taken into consideration the funding of IPP acquisition.

For someone with a background in IT, he has been extremely arrogant to the point of calling Maybank as "bank kampong". The arrogance was either a cover for his wrongdoings or was getting big headed for transacting complex off shore banking transactions without Board authorisation. 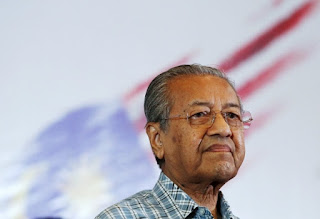 Not only was Najib not accountable, PAC report specifically said that allegation by Tun Dr Mahathir that RM42 billion had disappeared was proven wrong.

Despite being wrong and is supposed to apologise, his response was to feel sorry for "guilty party". He cannot shed his political hat to speak the truth but made a bigger lie to accuse RM50 billion had disappeared. Perhaps he was kidding but it is wrong time ad wrong place.

Another person unable to shed their political hat was Tony Pua. The PC to present the PAC report was made by Vice Chairman of PAC, 6-term DAP MP for Kepong, Dr Tan Seng Giaw. It was him that said Najib is not accountable.

But Tony Pua insist to put a political spin to apply a clause to maintain his politically motivated blame game on Najib. He cited Najib's position as Chairman of the Advisory committee.

He must have taken his cue from Lim Kit Siang. It could also be his practise in managing his Singapore PLC company to the ground by passing even implementation and operational issues to the Chairman.

It shows the greed of politicians in the quest or desperation for power. A veteran journalist whose been doing a "gempaq" and no more as journalistic in his writings, have also been proven wrong but again.

He quickly turned around and demand enforcement agencies to continue investigation [Read FMT here]. Will he stop slandering Najib? He should and owe Najib a big apology. The man is late in his age.

The PAC report highlighted 5 key findings and recommended to adopt Putrajaya Committee on performance in the Green and Blue Book, avoid excessive debts, strict control by BOD, abolishment of Board of Advisory and transfer subsidiary companies.

The board of directors was also cited for being weak by PAC. They have duly offered to resign en-bloc. Credit where it is due, Tan Sri Muhyiddin Yassin first suggested to do so when he first went vocal on 1MDB.

Shahrol has issued a statement to deny any wrongdoing. For someone in hot soup, that can only be expected. It is tough for him to escape the hands of the law for superceding the board of directors and carrying out major decisions without BOD approval.

In the first place, why was an IT person involved in IT transformation and integration and with an attitude be given a task unrelated to his expertise? [Read in Malaysiakini and Kinibiz]

He was the guy who suggested the trimerger of plantation companies into Sime Darby for the getting more value out of the three asset. Imagine an investment banker doing a deal from an idea by an IT guy.

And yet for all his blunders, he is given an important position in Pamandu.

Does Dato Idris Jala think he still has the competency and integrity for a job there to boost public delivery and performance? So what he studied at Stanford.
at 4/07/2016 10:42:00 PM

Don't use the word 'accountable' la if you don't want to implicate Najib because if you use it, definitely Najib will be guilty because he is ACCOUNTABLE as the Minister of Finance and as well as the Chairman of 1MDB.

I am merely quoting the Vice Chairman of PAC from DAP. Check the link.

My view on this is very simple. If the CEO has many-many times breach the fiduciary duty and ignored the Board directives he would have been sack many times. This is the duty of the Board to recommend to the owner, in this case, the GOM through MOF, to sack the CEO. How come he was not sack. The fact is, 2 of the appointed directors, Azlan and Bakke resigned after they are not satisfied with the conduct of the management. If in an ordinary PLC, this must surely alarmed the shareholders. But we did not see any action taken to him, for years.

"The board of directors was also cited for being weak by PAC. They have duly offered to resign en-bloc. Credit where it is due, Tan Sri Muhyiddin Yassin first suggested to do so when he first went vocal on 1MDB"

However much you write in defense of Najib, I find it hard to believe that the Prime Minister, Minister of Finance and Advisor to 1MDB didn't know what was going on. He set up 1MDB and couldn't have allowed it to operate independently without any monitoring by or questions from him. It was going on from 2009 and no indication that something was wrong somewhere?

I still believe that since 1MDB is his baby he is responsible for and accountable to what is plaguing that organisation.

a voice, you were not merely quoting "re: Najib not accountable" but you agree with the statement as well. This is the point As can be seen clearly in your posting head line.

The conclusion of PAC report are truly soften if you actually reads its content.

Maybe the government should not stop hiring ambitious 30 something year old punk to run government link companies. Shahrol is half baked corporate wannabe and there are many more around especially in PM office. Learn from Dollah Badawi mistakes of the 4th floor boys. By the way, government should dissolve 1mdb and transfer back the assets to the government.

You deliberately missed the crucial point Shahrol highlighted. The real power lies with the PM according to article 117.

He takes order from PM, and that's why a few billion ended up in the PM private account. Not in Shahrol account.

There were limitations and at some point their hand were tied to call for important person who was directly involved in setting the 1MDB. So this is half past six findings with no integrity. Most of us could not accept this go by the motion ' cover up'.

Praying that Shahrol will finally spill the bean. Let the truth infold once and for all

Why 1MDB? Oh because is Najib Tun Razak. His term supposedly to be up but he didn't want to listen. What the heck man! What accountability about MAS, BNM Forex (zeti was the London head when the forex trade transaction was conducted), oh what about Perwaja. What about PKFZ. Only scapegoat to be sacrificial lamb. What a hypocrisy. Why not just ask MACC to screwed PAC.