IPIC pullout: Get popcorn, but no need "bomba" yet 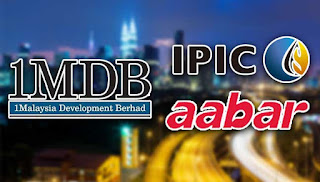 Just when the rationalisation was going on smoothly and Arul Kanda can comfortably say his job is finish, thus only to maintain the 1MDB shell company, something is bound to happen.

It has been this way everytime some good development about to happen.

Arul said at the end of March that 1MDB will be debt free within weeks. And indeed it did. 1MDB had just received the RM9.83 billion from sales of Edra.

They immediately settled the RM950 million standby credit from the Government, RM150 million financing facility from Exim Bank, and RM2.0 billion debt from purchase of Powertek. Some RM7.25 billion debt repayment were made.

1MDB came out of the exercise with cash surplus of RM2.3 billion in which it would not happen should RM42 billion went missing.

Off course, the ANC will always be up to something. If it is not some expose, new or recycled, it could be like the extensive nitpicking on the PAC report.

This time it is the first deal that Arul Kanda announced upon joining 1MDB.

IPIC was reported this evening to pull out of the debt-for-asset swap. Malaysiakini was quick to spin it as "rescue plan terminated". It was somewhat a surprise since IPIC/Aabar should be well compensated for cancelling their options over 1MDB's power assets and allowed Edra to be sold to the China company.

Come to think of it, the rumours of the termination had been making it's round in August 2015. It could be a rumour to trigger the event. But, this is the usual headache of dealing with abnormal practises of Arabs. They follow their own logic and oftenly cause accounting headache.

We remembered Arul had to go to Dubai to finalise the debt for asset swap thus unable to appear at the PAC proceeding last year and it was used by Tony Pua to start his attack on Arul. The day the deal was announced, we were in a meeting at Putrajaya and the remark was it will be smooth sailing hitherto.

The Aabar BVI affair was certainly the dealbreaker as speculated at the end of last week. However it is premature to assume and presume anything. There could be the real reason, less conspirational side of the Aabar BVI story. 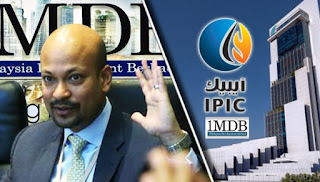 1MDB explained the current dispute that led to the pullout by IPIC. MMO reported below:

1MDB says unsettled interest payment due to dispute with IPIC

KUALA LUMPUR, April 18 — 1Malaysia Development Berhad (1MDB) today admitted that an interest payment due to its bondholders today has not been made due to a dispute between the state investment fund and Abu Dhabi’s International Petroleum Investment Company (IPIC).

“A dispute has recently arisen between IPIC and the Issuer concerning, among other things, the Issuer’s obligations to IPIC and IPIC’s corresponding obligations

“Consequently, at the time of the settlement, the Issuer understands IPIC has not paid the interest,” 1MDB said in a statement.

The bond interest payments due is for US$50 million for US US$1.75 billion bonds issued by 1MDB’s energy arm 1MDB Energy (Langat) Limited.

But the firm stressed that it would be able to meet all other financial obligations.

“1MDB wishes to make it clear that it and its group entities will meet all of their other obligations under any other financing arrangements and have ample liquidity to do so,” it said.

According to Reuters, IPIC said today that a June agreement to provide financial support to 1MDB had been terminated after the firm failed to meet obligations to the Abu Dhabi fund.

IPIC said in a bourse filing in London the Malaysian state fund and the Ministry of Finance had failed to meet obligations including to pay US$1.1 billion plus interest and was now in default.

While the obligations of IPIC and its subsidiary, Aabar Investments, under the June agreement had now been terminated, the Abu Dhabi fund still expected the Malaysian side to honour its commitments.

IPIC said it was now considering all its options to remedy the default, including referring the matter to the appropriate dispute resolution forum.

Under the June agreement, IPIC agreed to provide US$1 billion in cash as well as assume US$3.5 billion of 1MDB debt.

It also forgave an undisclosed amount of debt owed to IPIC by 1MDB, in exchange for assets that have not been named. 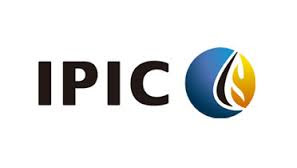 Lim Sian See made an explanation of the situation in her Facebook. It is reproduced in full below:

Making sense of the IPIC announcement that it wants to terminate on the Asset-Debt Swap deal with 1MDB.

Today's announcement by IPIC is prompted by a USD50 million (RM190m) coupon payment that is due tomorrow on part of the USD3.5 billion 1MDB bonds that are guaranteed by IPIC.

After settling off RM14.25 billion worth of loans over the past month after completion of the Edra deal, 1MDB still have RM2.3 billion cash.

This means 1MDB can easily pay the coupon payment but according to the Singapore Straits Times quoting MOF officials, PM Najib had apparently told 1MDB not to pay.

These bonds are not guaranteed directly by the Malaysian govt (which is why it is not part of the RM5.8b govt exposure as per the PAC report) but by IPIC with a back-end guarantee by 1MDB the company.

In the event of the USD3.5b bonds default, they will call the guarantor to make good first.

If IPIC refuse to make good then the rest of their IPIC bonds which is worth more than all the 1MDB loans will default.

It's like playing chicken - and IPIC has a lot more to lose if they allow these bonds to default whereas Malaysia's losses are limited.

This means that the likely scenario would be that IPIC will pay up the interest and then sue Malaysia to recover the amount.

However, 1MDB believes they have already transferred all the USD4.5b assets to IPIC/Aabar (these were the assets to be swaped with the USD3.5b + USD1b payment from IPIC) as it was on the direct instructions and with full paperwork by the MD of IPIC, the Chairman and CEO of Aabar as well as the due diligence done by the lawyers and the international auditors since then.

These money is not lost but is in dispute. If Najib had songlaped the money, he would have asked for the coupon to be paid instead of stopping 1MDB from doing so.

This means 1MDB believes it has a strong case when it comes to litigation over IPIC.

It's a risky strategy however but I believe that this is the best option for Malaysia to take right now to get the IPIC/Aabar guys to own-up and take responsibility that they have received all these assets. 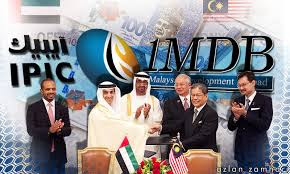 Yes, get the popcorn ready. Lots of it because there is the possibility of litigation and it will be a long drawn one.

But spare some for us now because there is a cause to celebrate. Nazir is on borrowed time at CIMB.

Save the bull please. It is no class act, Tony F. It is the right corporate meritocrasy thing to do, Cynthia Gabriel. He messed up the bank so he should go.

From what's heard so far, 1MDB and MOF are confident and believe they have a strong case. Documents are in place. It was instructed by the management of IPIC.

Why would IPIC/Aabar cancel their options over 1MDB's power assets and allowed Edra to be sold to the China company if it had not received any payments from 1MDB and all payments were made to company not controlled by IPIC?

These options were the reason why they were so nice to guarantee the 1MDB USD3.5b bonds in the first place. So, why give up the options if no payment was ever made? 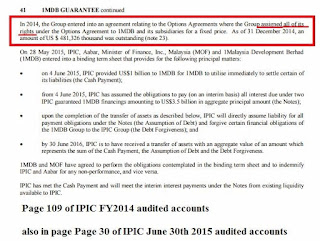 It is neither "deadly development" as exaggerated by SR's Clare Rewcastle nor attempt towards a deception by WSJ in December 2015. They didn't quite get the figure right back then.

We would have preferred it to not reach that stage as our Abu Dhabi friends did not plan to be in this predicament. After all, they are in a similar situation when two key person of the Dato Najib died in a heli crash.

Quite sure there are better diplomatic and legal resolutions. Too early to call the "bomba", but can call the first CEO dumbo. Kasi malu orang Stanford!
at 4/18/2016 10:16:00 PM

Of course IPIC won't pay USD50 million dividen on the USD1.75 billion bond. Reason is simple, the so call money for investment to IPIC was swindled by the Penyamun Tarbus of ustaz Jho Low, Kadeim, Al Huseiny and Najib goons thru IPIC BVI. Not be worry bcos Govt. of Malaysia WILL pick up the tab. Quietly of course i.e. to save Najib's ass and the danger it will cost to RM and Malaysia's economy. How? Of course the taxpayers monies. Remember GST? So predictable. LOL..

Lim sian see is a blogger. So a blogger doesn't have a clue what happen if there is an event of default to 1MDB and the repercussion of cross default to other 1MDB loans which has a government guarantee.

To swindel money with such tracing is simply ridiculous and stupid. There must be more to the story. Why now do ipic respond to lse?

Cross default could be good too. Then 1mdb and mof can own ipic and aabar.

Too early to speculate.

To charge, the investigator must be able to convince the attorney general office as to where the wrongful act of criminal misappropriation.

Why did MACC not charge for corruption under MACC act but under Penal Code?

Please have proof and evidence before assuming anything. At least some factual content

The facts remain, a PM is the highest civil servant in the country. He did recieve a lot of money initially as donation then as investment then as political gift for GE13, then deposited it in his personal account. 3 out of 3 facts already. I'm pretty sure MACC is zooming in on the right law NR has broken. Whatever is rhe case, he has lost any moral standing of most people.