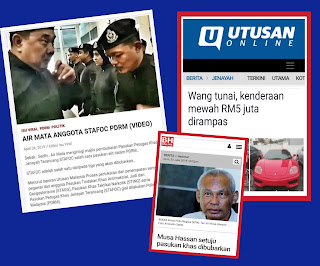 Many may have heard the line, "The law is an Ass".

That quotation is neither insulting the law nor law enforcement. It was a title of a book of anecdotes in the practise of law that makes no common sense.

Same with the intention of this posting. Before moving into the subject matter on  disbandment of police elite forces - STING, STAFOC, and STAGG, there is this story about ass that reached our smartphone this morning.

It's a Sunday. It is intended to start light.

Once there was a King who enrolled his donkey in a race and it won.

The king was so upset with this kind of publicity that he gave the donkey to the queen.

The local paper then read:

"QUEEN HAS THE BEST ASS IN TOWN"

Queen sold the donkey to a farmer for $ 1000. Next day papers read:

The next day king ordered the queen to buy back the donkey and leave it in jungle.

That's how the Media reports news and works today. So can you figure out what is real news and fake news?

You can't control it.

The story on the disbandment of these police elite forces have the potential to turn into a situatuon one could not distinguish between real and fake news.

But it has not yet reach there. 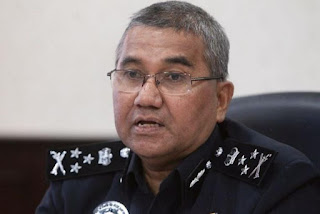 Both comments view the elite forces as duplications to other long existing outfits and resulted in conflict of interest in the general sense.

But one comment from an East Malaysia based police officer hit the ball out of the park. 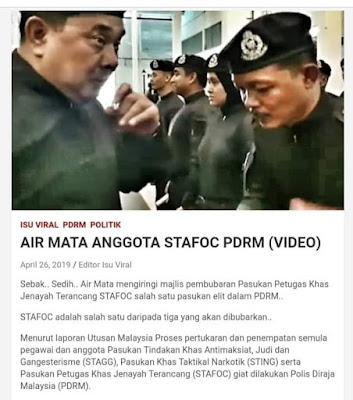 The video of a STAFOR last rite evoked emotion among the public.

There was political element in the argument that it came about from the pressure of DAP, who may be avenging for the closure of their vigilantee force in Penang. 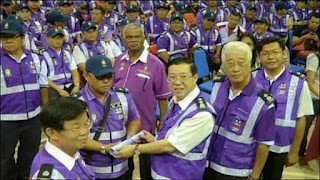 In his FB, Azmi Bin Zamzuri, whose posting viraled on social media claimed STAFOR, the elite group to combat organised crime, became victim of the negligence of high level politics to national security.

He believed organised crime successfully manouvred to close up a unit, which have been curbing their activities.

The closure is viewed to make organised crime flourish. Though other races such Indian and even Malays are involved in organise crime, these days it is oftenly synonymous with Chinese and DAP supporters.

At one time, MCA was said to be backed by organised crime.

One sarcastic comment said under PH, organised crime have repented. So such unit is no more required. It has successfully confiscated illegal goods by the hundred of millions that none left for them to seize.

A friend who received a comment from a former STAFOR member shared his view in a WA group.

If they had known they were to be disbanded, they would have not recapture some 3,000 organised crime heads released with the abolishment of EO and various preventive measures, 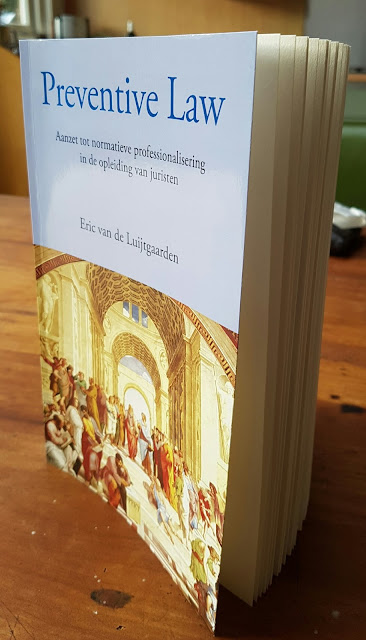 A comment from an interested party will need to be taken judiciously but a valid point indeed on  preventive measures.

Malaysians had benefited from the peace and security from the effective preventive measures by outfits such as Special Branch, Vat 69, UTK, D7, etc that they ignorantly are demanding for more so-called civil liberty that would only compromise public security and safety.

The slack in the attitude of politicians, public officials and activists on public security and safety is quite disturbing.

Public policy made and actions taken seldom took the peace and tranquility of Malaysia for granted. 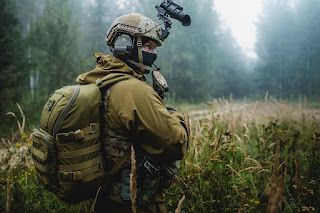 One simple example but already becoming public threat is the ski mask used by police for special operation which looks similar to the one used by British elite forces SAS.

For police, it is a gazetted outfit meant for certain risky operations.

Apparently, the ski mark is used by many enforcement agencies, including Income Tax Department to unnecessarily hide the identity of raiding parties. It has since been widely used that ski mask wearing personnel is a common sight at any raid.

As a result, many incidents of robberies and house break-ins are done seamlessly without resistance where robbers used ski mask and masqueraded as police officers and law enforcement agencies.

Back to the issue of closing up these elite forces.

The link to point finger at DAP is not clear. It could be presumptous. Though Finance Minister is from DAP and have been mercilessly cutting public spending, Home Ministry is under a Minister from PPBM and Deputy from Warisan.

The Minister may have talked about it, but there was no public statements to indicate he pushed for such initiative. It is strictly left as internal police matter.

The responses from the sample of police officers and law enforcement officers consulted was a resounding agreement. From the lower rank to the higher level of police, all agreed with the problem of duplication.

And they confirmed the duplication of works made these outfits as source of information leakage and another toll booth for corruption.

Utusan Malaysia report in June 2018 revealed an Assistant Commandant and Assistant Commissioner of STAGG were caught in possession of about RM1 million cash at various locations, including their condominiums.

The defense against corruption argument is that it is a personal issue. But when it involves high official, it means the problem has reached systemic level. As one "illegal gambling operator" said, the presence of these forces only add another level of bribery to be paid off.

It would be better to kept as one stop centre. Easier for corruption prevention and investigation to be carried out too.

The dismantling of organisation is certainly sad and heartbreaking as it affects people. However, churning of emotional story does not objectively address the relevant issue.

Nevertheless, that line of story is politically appealing. 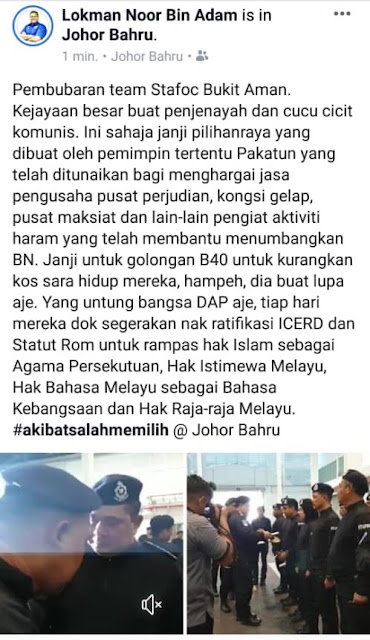 Back in the public limelight again, Dato Ibrahim Ali used the same line of critic with the cover to seek for explanation from Home Ministry and IGP.

It only indicate the more PH government carry out such exercise, the easier to end the PH government by GE15. And, it seemed timely to jump on the anti-PH bandwagon!

An ass of an argument

Emotional arguments against closing these elite forces is similar to the joke on the queen's ass. It is not about her anatomy, but the king's donkey. And, those arguing in such a manner are really one smartass.

As an internal matter, IGP do not need to explain but he did told the media part of the redeployment plan. That is sufficient information given!

The elite forces was a mistake in the first place. It means there will be operational sharing of resources, information, budget, tactical manouvers, etc. with other units. By nature, police operate on a need to know basis and none of these sharing nonsense. The effective organisation structure for police is lateral with a clear chain of command and silo management.

Budget constraint and the urgent need to improve effectiveness require the many levels reduced, bureaucrasy lessen, and cumbersome paperwork done with.

Defragmentation into specialised tactical operational units do not increase efficiency. 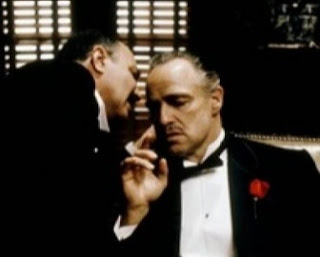 The prosecution part is another story but that is a tomato. The police side need to improve efficiency.

Having non-police, politicians and public interfering in police work is bad enough. Allowing them to do so through initiatives such as IPCMC at a time resources and quantity and quality of personnel is limited do more harm than good.

PH have proven themselves repeatedly wrong at every efforts and initiatives of theirs in tinkering with the system and more so, done in a hurry. The police should be supported to internally reorganise since another threat is looming and an indication of a breakdown in the system.

The business sector and even foreign parties began to lose trust in the system in settling disputes and resolving deadlock issues.