Tommy Thomas: One boo boo after another, a "wayang" to follow 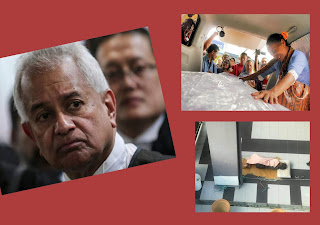 Talk at the courts is the 11-member AGC team on the SRC case is facing a snag. Tommy Thomas was angered by the new revelations by defense that he screamed "lazy bum!" at his legal team.

Tommy's unbecoming behaviour is certainly no morale booster for his team members, who are sick and tired with AGC being made used off to pander to Tun Dr Mahathir's revenge and political witch hunting. His first case as prosecutor looks likely to end up as a loss. The case will fall apart the moment Shafee and his team start attacking the issue of entrustment and dominion over the money.

Over the weekend, Tommy Thomas participation in the Rome Statute Forum added more controversies to his already long list. IGP was reported saying Rome Statute Forum at UM is under probe for sedition and AG will be investigated along. His revelation of BN government's intent to rectify the Statute does not hold up.

AGC may not cooperate by not charging Tommy and the other penalists, especially Dr. Syed Husin Ali. However, it will only confirm the growing perception that AG is not as fair minded as many claimed him to be, but instead bias and bigot.

Since retracting Lim Guan Eng's corruption case, the sniggering in the legal community is on the claimed Constitutional expert's true expertise as a retraction specialist.

Another case over the weekend will certainly blow over and destroy further his reputation. This retraction will remind the public of Guan Eng's case. 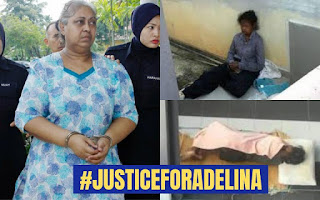 Bukit Mertajam MP from DAP and Deputy Minister for Youth and Sports, Steven Sim informed the media that public prosecutor has filed an appeal to the High Court's decision for the full acquital for S Ambika, the Penang employer whose alleged abuse led to the death of 21-year old Indonesia maid, Adelina Sao.

Why is it coming from Sim instead of AG himself is something else?

Adelina died a day after she was rescued from her employer's house in Bukit Mertajam on February 10, 2018.

This development is considered both strange and questionable. It was the prosecution side that requested for the discharge not amounting to acquittal and High Court granted a full acquittal on April 18, 2019. Similar to Guan Eng's case!

As usual, the fact case is not reported by the media but the court decision led to an uproar from the public.

The late Adelina's mother, Yohana Banunaesaid said her daughter was treated like a dog and called for justice for her daughter. Indonesia's Commisioner for the National Commission on Violence Against Women, Thaufiek Zulbahary applied pressure for an appeal. It is big news in Indonesia.

Tenaganita went on a war path. Their online petition attracted 3,000 signatories. And, Minister for Human Resource Kulasegaran joined in the fray. Tommy had saved the Indian employer, but having Indian-led NGOs is not making his situation any easier.

This request for discharge not amounting to acquital would remind the public of a similar request made for the case of Finance Minister Guan Eng's corruption charge even after the case had gone to court and the hearings started and 26 witnesses have given evidence.

The High Court agreed and the court acquitted Guan Eng who was a client of the AG. The AGC did not appeal against this judge's decision.

This time he is appealing. Why?

In middle of March, Tommy had discharged the case of Siti Aishah, an Indonesian allegedly involved directly in the murder of Kim Jong Nam, the brother of North Korean Leader, Kim Jong Il at the Kuala Lumpur International Airport.

Why is he repeatedly pandering to the Indonesian? Does it have something to do with the Superyatch Equinimity? 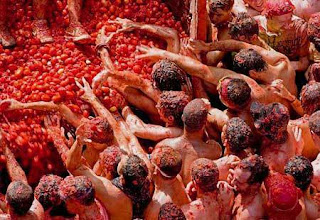 Legally speaking, though the case may have been brought to court, there is the possibility that there is neither enough evidence to proof the cause of death is linked to the abuse or there is no witness to proof for the abuse.

It means this is another "wayang" of Tommy. Appeal, but not substantiated, thus get thrown out by the court again, then turnaround to blame it on the court. If he retracted on the Indian employer, will he retract on another case of maid abuse by an Indian Tan Sri and Puan Sri?

The difference this time is that Tommy may not be in his usual Indian bias as the Tan Sri is believed to be the ABN media owner and on the side of the political divide.

If there is no other possibilities, then lets have him to also appeal to have the High Court resume the trial of Guan Eng. If he is incompetent as public prosecutor, do a similar arrangement with Dato Gopal Sri Ram and Dato Sulaiman Abdullah, to hire Tan Sri Apandi Ali.

It is most unlikely to happen.

With one boo boo after another, and in this case, a "wayang" to follow, one can look at Tommy to follow the path of Tan Sri Richard Malanjum and his days as AG can be clocked with an egg timer. 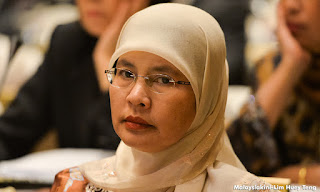 In the meanwhile, Mahathir's preferred choice for first female CJ in Tengku Maimun may have a problem.

There is a glaring conflict of interest. The husband to the invisible judgement writer for former CJ, Tun Fairuz and the most junior Federal Court judge is a PPBM member. There is more but let's stop at the there.

Mahathir maybe on a war path against Johor royalty, but with public approval rating for him and PH still plummeting, he may not be getting public support this time. As far as the selection for CJ to replace Malanjum, the Royal Council has a legitimate basis to reject Tengku Maimun.
at 4/29/2019 03:02:00 PM