Najib willing to give DNA sample 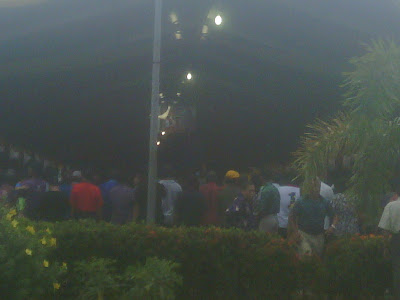 Anwar is believed to be under tremendous pressure from the nationwide demonstration sweeping the country that is demanding him to voluntarily surrender his DNA sample to match test his DNA profile against the DNA profile of Male Y from Saiful’s rectum.

His lame attempt to response is to have PKR organise a roadshow to explain their claim that Anwar should be innocent in the sodomy II case.

In another cheeky remark, he challenged Najib to do a DNA test. The reason for his request for DNA test is unclear but Najib still called his bluff.

This morning in Serian, 45 minutes drive from Kuching, Sarawak, he said at the end of his speech while launching an exhibition, he is willing to go for DNA test. This blogger was there to hear it himself. 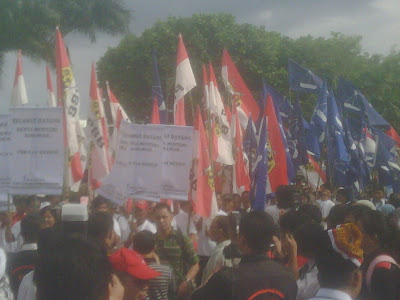 Last weekend, there were some 20 small demonstrations all over Semenanjung Tanah Melayu challenging Dato Seri Anwar Ibrahim to uphold justice by willingly surrender his DNA sample to test match with the profile of the mysterious Male Y from samples found in Saiful’s rectum.

The messages were consistent and almost the same everywhere. Anwar must voluntarily surrender the samples for the sake of justice for himself and Saiful Bahari’s. The judge use their every power in the pursuit of justice and truth. 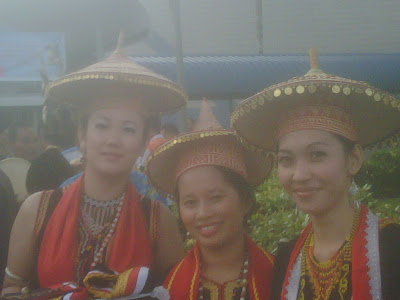 Another set of demonstration is expected this weekend after few places held demonstrations after Friday prayers yesterday on a different message that is to show concern for rape and sodomy victims.

These time around it has spread to Sabah and Sarawak, two states Anwar’s story is not known to be of much concern.

Anwar hopes the upcoming Sarawak state election would be a test of support for his agenda. He hopes to ride on the Sarawakians’ ignorance or their little knowledge of his case to garner sympathy.

Deputy Prime Minister, Tan Sri Muhyiddin had also joined the chorus by telling Anwar that he is willing to give his DNA sample for test to challenge him to prove his innocence. 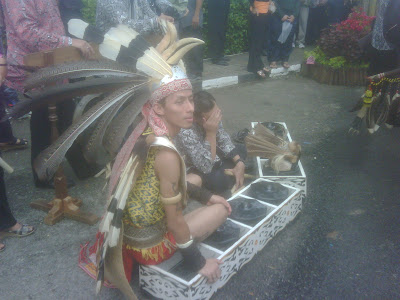 With Najib calling on Saifuddin’s bluff by also expressing willingness to give his DNA sample, Anwar’s roadshow and spin failed before it even got started.

Our suggestion to Anwar is just forget.

the ball is back in Anwar's court.

Next he will ask for Rosmah's dna.

And the following week the ball is again back in Anwar's court.

And a month after the following week, Karpal will ask for every Malaysian's DNA except Anwar's and Azmin's family.

That's what they call justice for everybody.

You forgot to insert a court delay in the sequence.

Why don't saiful too reveal the identity of other DNA owner found in his rectum. Why did he refuse to answer that when being asked in court?