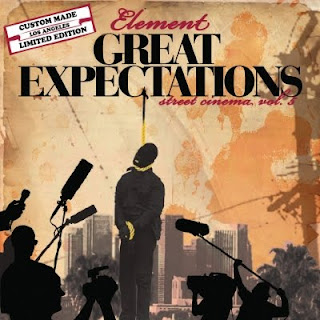 The main character, Pip became involved in a broad range of classes; from criminals like Magwitch to the extremely rich like Miss Havisham.

No, no ... ABITW is not delving into the world of into literature. Science stream turned right brainer social scientifically oreinted me will not take my brain any further left into literature.

The famous novel title happen to be a nice title to pun. In the last few postings, there have been many great unexpectations of responses and reactions.

Let's hope the unexpected does not stretch to Merlimau and Kerdau because my money is on comfortable wins by Barisan Nasional.

Here are my responses.

Our February 14th posting here wrote of Tengku Zafrul's attempt to meet us to deny. Through people he seeked help, he said he was misquoted and the video will show otherwise.

Oh really ... by the time Merlimau dan Kerdau by-election is over on March 6th, that will be three weeks since he took the bloggers response to his remarks as serious. The incident will be one month by then.

The fact now is there is NO video to prove he didn't say it.

Tengku Zafrul is now stripped naked of his past wrongdoings and there are many more in the comments of our February 13th posting here.

Maybank Group CEO, Dato Wahid Omar said in Utusan Malaysia that he is not defending him when he said it is merely his opinion and has apologised to Tan Sri Isa Samad.

There is no denial and now there is no open apology.

From the sembang-sembang kedai kopi in Merlimau, the game on Zafrul isn't over.

Brace yourself mama's boy, you're in for a bumpy ride ahead. Your association with Melayu Liberals that expressed strange opinion on subsidy and reform makes you an attractive target.

Like this blog used to say, these Melayu Liberals that are preaching neo-liberalism ideology are bunch of fakes. They are corrupted, abused power and do not practise what they preach about competition, open market and etc.

And Wahid ... why did you pick this boy with a tainted track record?

Deviated by several request, this blog had to postphone the MAS 4th series for several current exposes.

The first was on the silver state of Perak here on February 21. The expose was about a company and personality that have been in our radar i.e. Innovation Associates and NEAC member, Dato Dr Hamzah Kassim.

Through some people the IDR people have given a response.

So what if it is a Bumiputera company? Why not an open tender for other established Bumiputera Companies to take a crack at it too?. Why these people whose hardly invested anything in the company, talking IT?

This contract has not been awarded but is already emitting bad signals of Perak Menteri Besar, Dato Dr Zambery Kadir's administration.

Taking up his sincere request two years ago that we bloggers be that check and balance for his administration to excell, we have done exactly that to highlight his problem of the "people around him".

The expected response should be denial or acknowledgement to look into the matter but the great unexpectation was the "people around him" got restless.

In typical style of former Minister Azalina cybertroopers and some mamak from Pulikat or Malbari, India, the response seemed towards "witch hunting and fixing up" of few key people in the state Government.

Suddenly this guy who has isolated bloggers from Kuala Lumpur is getting accolades on the blogosphere.

There is this whispering character assasination campaign spreading words like "so and so is jealous because couldn't get timber concession, etc.", "so and so aspiring to become Menteri Besar", "so and so always complaining" etc. Low class bitching.

The subtle fixing up and smear campaign going on which we are able to read the execution down to the mastermind himself.

One direct question was heard to have been posed to someone, "Why are you attacking Zambery".

Oh my, these types of responses are an insult to anyone's intelligence. It as though our know who network is limited to the predictable few.

Our act to express our views in this blog cannot be determined by anyone including family, friends and bloggers who didn't exist before 2008. So what if they are Ministers.

If such carefully threaded posting is viewed as attack, that person should be fired from Zambery's office. It signifies political immaturity of someone not worthy to work under someone with two masters degree and a doctorate in political thoughts.

To those that wish to response to criticism in a negative way, remember that the sure victim will be their boss as he will be in the line of fire. Simply the buck stops at him.

On the gay Minister here on Feb 24th, that must have been the talk of the town. Many commented to claim it is so and so, but we are not revealing nor confirming here.

There were strange responses.

Many guessed it as Dato Khaled Nordin but why no one made any attempt on the Johorean Deputies like Dato Dr Latiff Ahmad, Dato Razali Ibrahim and Dato Dr Mohd Puad Zarkashi. etc. We didn't say full Minister, did we?

Why no attempt to guess the MIC or MCA Ministers? Or is there none from Johor?

What is most strange is why are the oppositions and opposition-minded blogs still insistant on guessing it as Dato Hishamuddin despite us pre-empting with denial?

Let us repeat again. NO, IT IS NOT HISHAMUDDIN LA ...STUPID!

The picture was intentionally put as a decoy.

Is the Anwar-infested opposition saving another gay from embarassment or they like the allegedly gay Minister is doing at his Ministery (which must be to their favour)?

That is a big clue for us sniffing hound dogs.

Blogger Syed Akbar's replacement of Tan Sri Robert Phang on the MACC Panel reminded us of the need to hurry our expose on the issues and personalities he claimed are creating perception problems for MACC, Police and Attorney General's Office.

It is not the issues and personalities that is the problem, but perception problems.

It is like the singing nun asking "How do you hold a moonbeam in your hand?" in Sounds of Music.

There are no ends to perception plays and especially perception plays with no facts and sensible story line but meant to confuse and take the common naive minds for a ride. These are irresponsible people.

By the way, his accomplice is away abroad to London, Europe and Australia from February 23rd on family trip at 10% of commercial rate. Can the MAS Kargo Managing Director make an MACC report on abuse of facility?

Nadeemah is a squeller who leaks Board papers and what transpired inside Board Meeting. She covers for a lot of crooks inside MAS.

Just don't push us to bogelkan a lot of people.

If we are Tan Sri Tajuddin, the Company Secretary has to be our people and especially if we are not given control of teh Bopard of Dirrector. What took him so long?

Characters like Nadeemah who is known to be Kelantan centric represent what is wrong with MAS.

The losses in MAS can be primarily attributed to corruption, abuses and incompetence by top management home grown from within MAS. They reach a stage where they reap while they could sow and they have got friends to cover for each other.

Nadeemah is not corrupt. Her late husband has a good architectural practice. She doesn't need the money.

Her problem was that she covers for her MAS colleageus. Why were leakages at MAS Catering, deals with World Airways and disappearance of two jet engines swept under the carpet?

Having visited the two by-election venues at Merlimau and Kerdau, Barisan Nasional is likely to equalised the 8 wins by "Pakatan Rakyat".

Merlimau is a case of over prepared to the point that they had to many ceramahs that ended up being under attended.

The UMNO in Merlimau machinery problem is caught with too many meetings. A case of overanalysis leads to paralysis. They should have instead rely on a master strategist to direct and coordinate the campaign.

PAS has Mat Sabu there.

Their problem in Melaka is basically it is BN country and it does not help that they have a candidate dodging many bullets since the last two days.

The Melaka psywar is moving on the right track and disrupting the PAS campaign. UMNO in Merlimau could win by at least 4,000 votes.

But not in Kerdau. They have to buck up to win by more than the last general election.

PAS is not expecting to win with twice lost candidate but they have a longer scope strategy in play. They need to create sufficient dent so that PAS can take over Temerloh in the next General Election.

PAS president Tuan Ibrahim Tuan Man is in the running to win over the unpopular locally and unpopular in UMNO for his liberal ways and Anwarista past, Deputy Minister Dato Saifuddin Abdullah.

Instead of the usual ceramah and open house-to-house campaign, PAS is going deep and slow to mislead UMNO machinery into complacency.

For Tuan Ibrahim Tuan Man, it is not in his character to play dirt. He reads UMNO to strive with opponent's dirty play. It allows them to play the shamed victim role.

PAS is rubbishing the state Government and infusing dissatisfaction on daily issues like Felda local management derived problems, local public facilities and etc. They are sending the message that they are more people friendly than the sloganised UMNO.

If UMNO does not go aggresive for the next half of the campaign, the best majority they could gather will be 2,000.

Mentioning of Anwaristas, the question "Apa akan jadi jika Anwar kembali ke UMNO?" kind of wrapped and linked all these, isn't it?

interesting. macam sherlock holmes pulak. Tapi ini semua real punya issues and not fictional. It's all about our life and nation's future.

I fully concur with your true to life research on MAS.

Keep sleuthing, MACC should have engaged you fast and furious.

Bloody hell ABITW, you should start a newspaper :)

As friend of Tamil Hindus I demanded that Najib Tun Razak and Muhyidin Yasin to ban Jules Verne's Round the World in Eighty Days in all public libraries, school libraries and university libraries in Malaysia ..Jules Verne The Frog touch on the Tamil Hinduism sensitive issue of "Sathi".

rocky should bring you back or give you a column in the MM.

are you reading this, bru.

I think it could be costly for Rocky and Malay Mail.

He already got lawsuit of rm50 million agst blogger and writer rusdi mutapha to contend with.

I could be attracting lawsuits weekly

Anyway I love my freedom. Hate that life of chasing deadline.